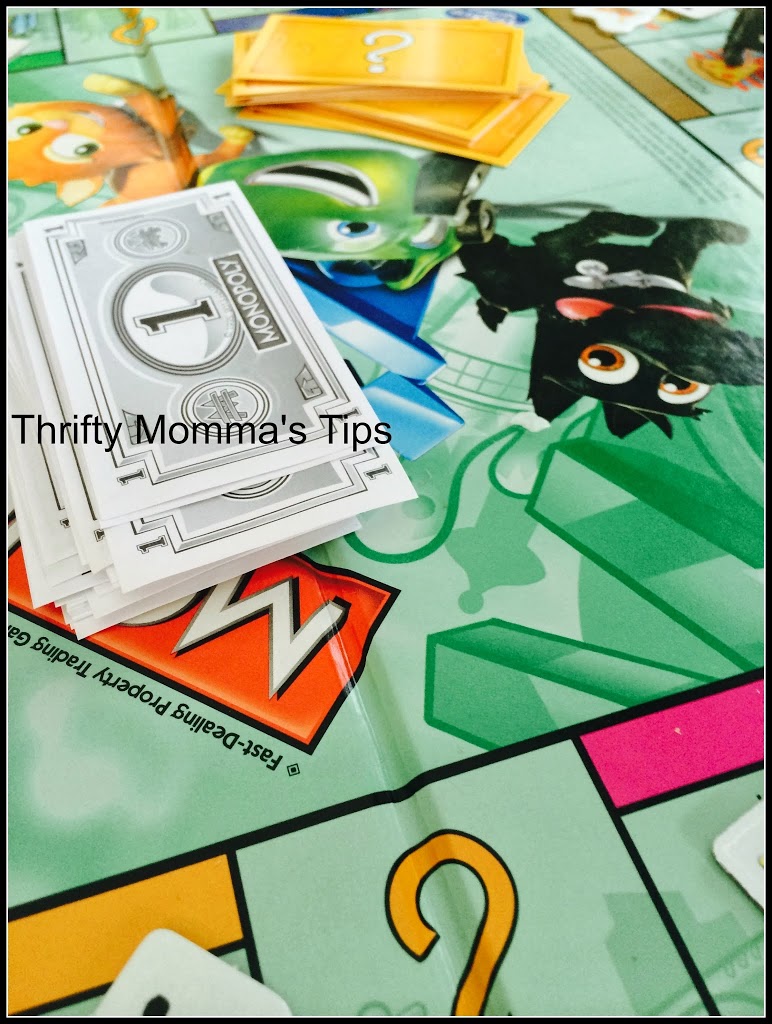 Remember how fun regular Monopoly used to be when you were a kid? I do. I used to love playing Monopoly by the hour with my Mom and my brother. It was a childhood favourite. We were super competitive and we played it many Sunday afternoons. Park Place and Board Walk were battled over in fierce territorial disputes. I loved that game, even well before I recognized that it was made by Hasbro, a respected and enduring brand.

So when I heard there was a Monopoly Junior in stores I was super interested in seeing how different it was.

My kids got a Monopoly Junior game the week before we moved and I saved it for a quiet moment. Well, that never came, but nonetheless, when Ainsley came home from school the other night I surprised her with Monopoly Junior. It took about 5 minutes for her to catch on to this game recommended for kids ages 5 and up.

Once she realized that the goal was counting money and collecting money from your properties, well then I had a huge little absentee landlord/ future real estate mogul on my hands. And can I just say now, up front and for the record I was playing legitimately. She won the first two games without much effort and then at the point when I was almost winning in the third game, she turned it around and launched the biggest Monopoly Junior come back ever. It’s impossible to play games or cards with this child. She always wins. (Not so graciously either.)

Monopoly Junior is a great version of the original. It’s a speedier, simpler, condensed version of traditional Monopoly. There is a small amount of reading required and some basic math. That really spoke to my daughter, the 9-year-old who, in her spare time, likes to crack her piggy bank and count the money. I enjoyed it also and will happily play this over and again as a family. Monopoly Junior is a fantastic tool to teach counting and money and reading. Plus it’s good fun. 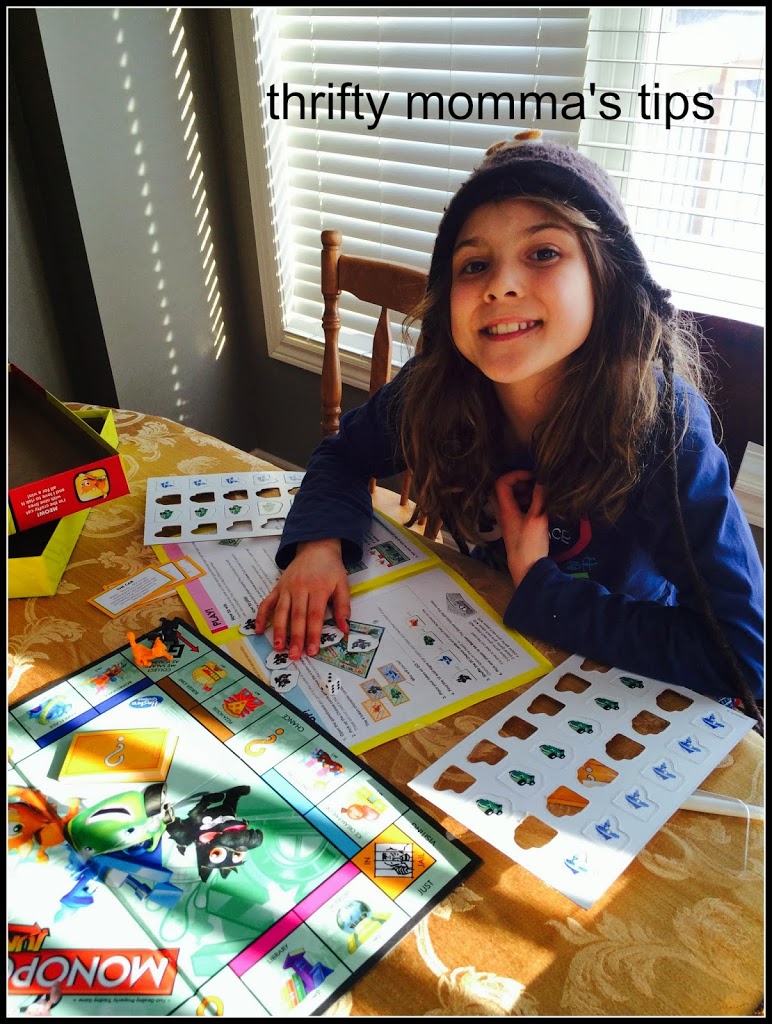 A Kid’s Version of an Old Favourite

Monopoly Junior takes the challenging parts out, so kids don’t get frustrated by playing this version. It’s still got enough to keep you interested and I enjoyed seeing how it was altered to be age appropriate. There are fewer board pieces and fewer tokens. The cards that we used to hold to tell everyone we owned that property are now tiny hard cardboard pieces representing your character – the cat, dog, or ship. It’s simple that way and easy to keep track of who owns what exactly. 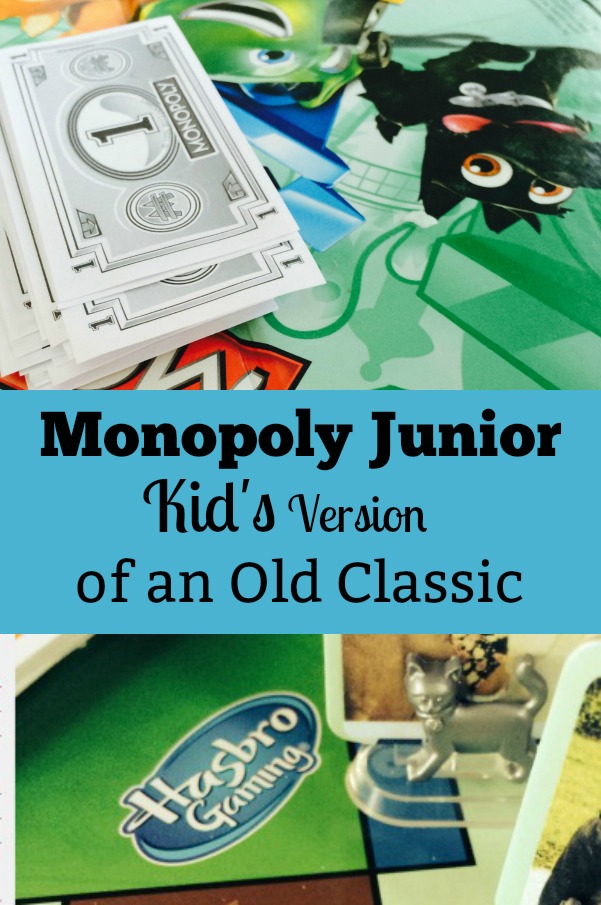 Our first Monopoly Junior game was over in about 15 minutes. That’s a perfect amount of time for my easily distracted crew who are 9 and 12.

We were provided with a game for review purposes. I loved Monopoly Junior and would recommend it for anyone over age of 5. My opinion is all my own. This game gets a $$$$$ out of $$$$$. I would buy it as a gift for a birthday party.

So tell me what was your favourite game as a child?

Here’s how to get yours. 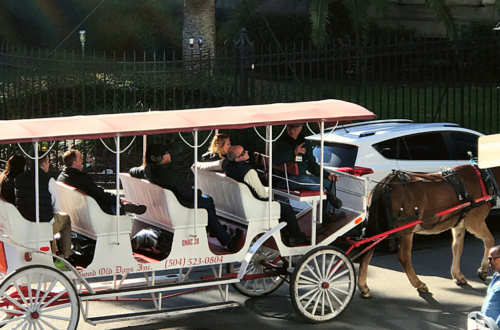 Cooking With Kids Linky – What’s On This Week? 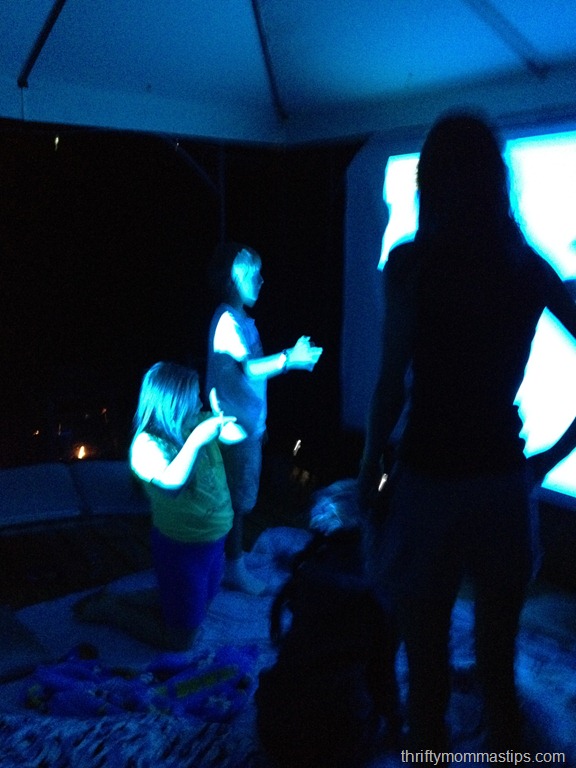