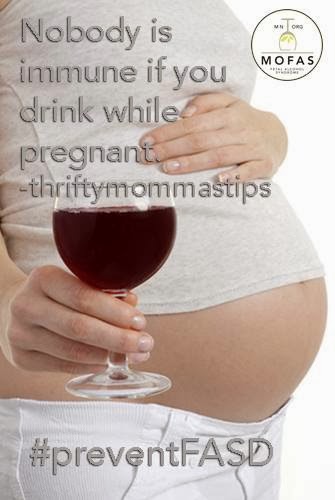 Can you drink alcohol when pregnant? It’s a weighty, controversial question. So many popular myths still endorse drinking alcohol as culturally acceptable when pregnant. Many people still believe alcohol is okay to consume in moderate amounts when you are pregnant.

This is an interactive post designed to get you thinking about drinking when pregnant and risks associated with that. Interactive and hands on learning works best for my child with FASD – fetal alcohol spectrum disorder – and the same is true of many of our children and young adults diagnosed with FASD.

So let’s give this a try.

This is the first in a series of posts on FASD here at Thrifty Momma’s Tips. My blog has partnered with MOFAS and Brandfluential as part of a sponsored campaign to spread awareness about fetal alcohol syndrome prevention. Any topic matter that helps people better understand this disorder will always be close to my heart. When I write about FASD, I am better able to help my child. And I am better able to help the world around me understand and frame her behaviour.

Take out a penny. For Canadians in this group go find one in one of the old drawers, or piggy banks. Now take a close look at the numbers on it. At day seven of a pregnancy the fetus would fit inside the zero. It’s that tiny. Microscopic actually.

How many women know they are pregnant by day seven? Did you? Now did you know that by day seven the effects of alcohol can already be seen to impact the brain. It’s true. Maybe you think well, what could this blogger know about FASD, how dare she tell me if I can drink alcohol when pregnant? I am part of a blog team asked to write about FASD. FASD is the topic of a series of webinars currently being put on by the SAMHSA and MOFAS. (The Minnesota Organization on Fetal Alcohol Syndrome.)

Some of my information comes from the decade that I have been researching this disorder, so that I can parent my child more effectively. Much of it comes from a leading national expert and Paediatric Neuropsychiatrist at University of Minnesota, Jeff Wozniak. 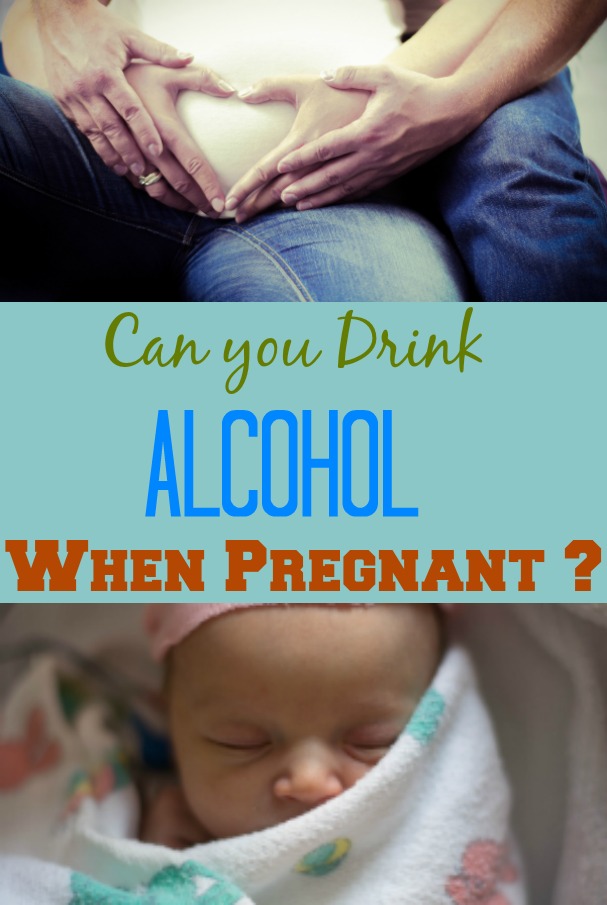 MYTHS About Drinking when Pregnant

What are some of the myths you believe about FASD and drinking while pregnant? Leave a comment below and I will try to answer them during the course of this series, or get one of the experts to answer them for you.

These are a few common myths about drinking alcohol when pregnant.

TRUTHS about Drinking Alcohol When Pregnant

I come at this post from a few different angles. I did not drink alcohol when pregnant and I was also never pregnant. My youngest daughter has FASD.

Those of you who know me well know I often talk, and write about her here. Ainsley is a brilliant, energetic, athletic, charming and beautiful brown-eyed girl. She is an amazing gift to us and she also has special needs, fetal alcohol spectrum disorder, to be exact. A brain injury brought on by the fact that her birth mother drank while she was pregnant with her.

My beautiful daughter has a couple of the traditional facial markers, but you would never really notice, unless you were a trained neuropsychiatrist, or a geneticist. She has behavioural challenges, poor sleep, impulse control issues, emotional regulation problems, executive functioning challenges and learning deficits.

As an adoptive parent and a resource person at our local Children’s Aid Society I have seen too many children and families impacted by moms who drink alcohol when pregnant.

Over the last 12 years attending the meetings with new and prospective adoptive parents I can tell you that my heart breaks each and every month when I hear the same story. It goes like this…Adoption placement struggling to remain in tact. Child is not doing well at school. Teachers are all frustrated. She won’t listen. He hits and runs away. Strange behaviour, aggression, explosions, poor impulse control and learning deficits. Difficulty understanding the child. Hand wringing and a whole lot of why???

My last angle is as community manager for several infertility patient groups throughout Canada. I know with all my heart that each and every couple, and each and every single, or LGBTQ patient struggling, praying, bartering with God and negotiating complex health care systems while refinancing homes to have a chance at getting pregnant would say – WHY? Why would you ever take the chance?

(see I told you there was an interactive part to this post). Who is at risk of passing FASD on to their unborn baby? Is it the 17-year-old A student? The 35-year-old executive with a high income and social status? Or is it First Nations people?

Each one of these examples might be at risk. Nobody is immune to the impact according to  leading national expert and Paediatric neuropsychiatrist at University of Minnesota Jeff Wozniak. If you drink when you are pregnant, nobody is immune. Culture doesn’t protect you, nor does social status.

The 17-year-old student could drink socially at parties and be so busy studying she doesn’t notice she’s pregnant until several weeks go by. The executive might have a social history and a job in which she often is networking and drinking almost as an extension of her job. She might believe it won’t happen to her and that drinking when pregnant is something that happens to alcoholics. The Native American or First Nations mom might be in an abusive partnership, living in poverty potentially and she might not have a way out, or a supportive partner to stop her from drinking even if she realizes she is pregnant.

A few other random facts about FASD:

If you give alcohol to mice by day seven you can create FASD.

In the United States we know 13 % drink knowingly during pregnancy. Women between the ages of 18-24 have the highest reports of binge drinking, defined as 4 drinks inside 2 hours.

The first webinar which took place last week, will be reaired on Feb. 25th at 12 NOON CST. 1 EST. You can sign up for that one here. This is a great opportunity especially for anyone working in the social services, health, or education field.

This is the first in a series – stay tuned for more next week. 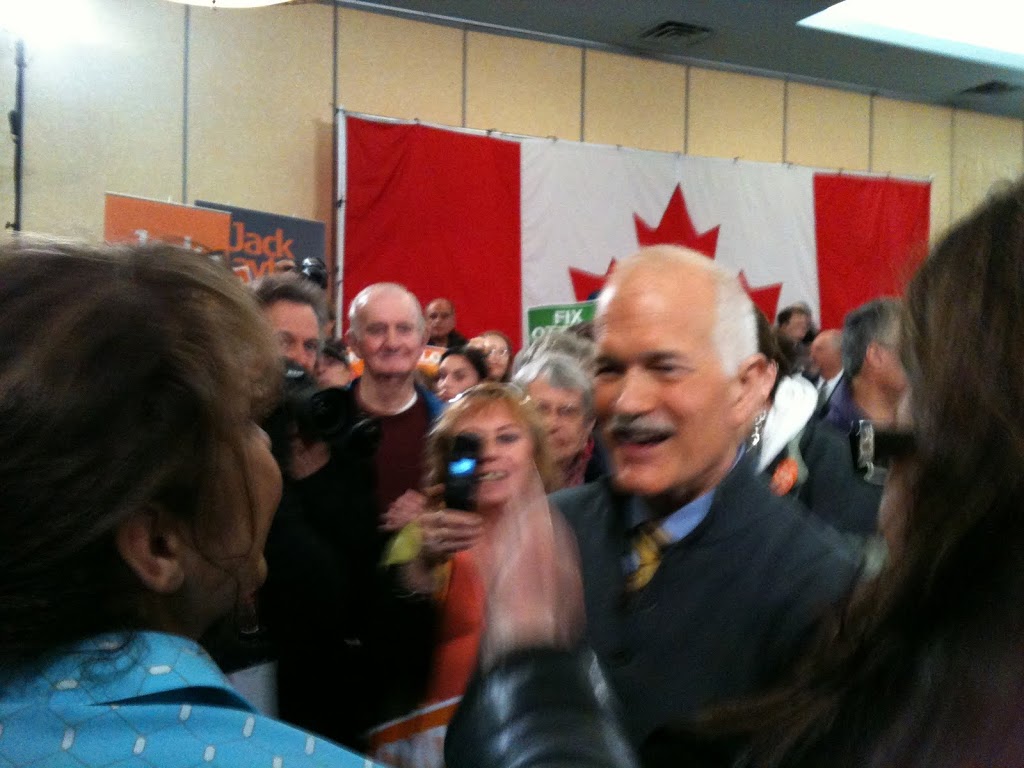 Jack Layton’s Death: Cancer and Who Else Do You Pay Tribute To Today? 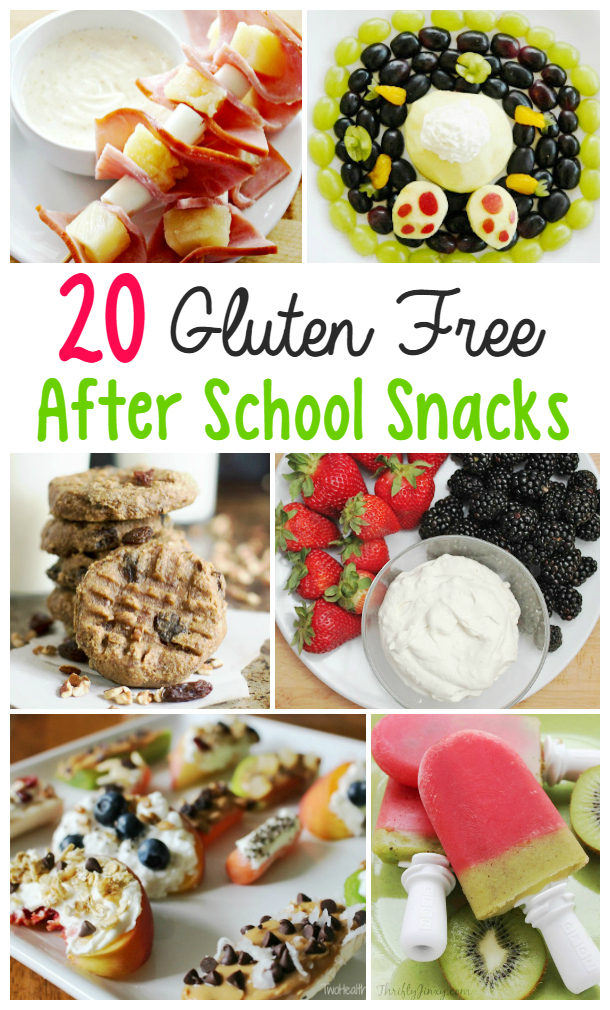 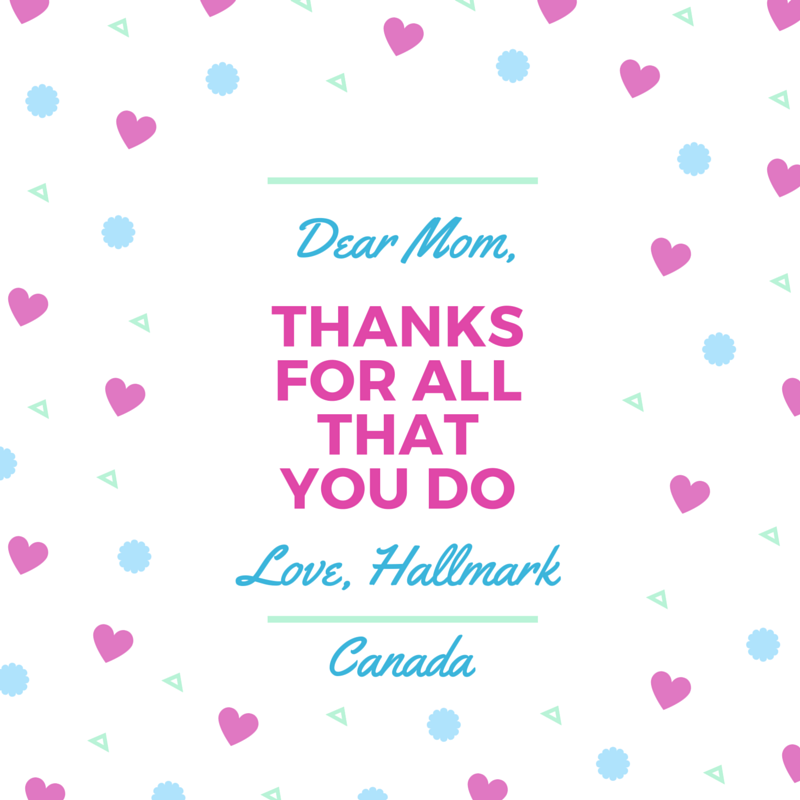