Did you know that dumplings are considered the original fast-food? Any idea what the differences are between dumplings? These are just a couple of the things you will learn on the self guided Dumpling Trail food tour in Richmond, BC.

You can start every day hungry and finish feeling satisfied and well traveled when you embrace the authentic Asian cuisine and culture in Richmond.

Updated December 2020 – > Check the web site for the full list of restaurants and what they offer during the pandemic. Many offer takeout and delivery.

First Stops on Our Tour

Inside an unassuming Korean restaurant hidden away off Westminster Highway in Richmond, BC, we begin our Dumpling Trail Tour. Kimchi comes first at Samsoonie Noodle and Rice. This is new, at least to me. It has more heat than I expected and I’m grateful for my tea and pitcher of water nearby. Dish after dish of dumplings, won tons, seafood pie, banchan, and more arrives. It’s a feast, and this is just the beginning of the culinary adventure.

The dumplings at Samsoonie are Mandu, a Korean variation of traditional Chinese dumpling. These are often stuffed with minced meat and assorted vegetables. They can be steamed, boiled, deep fried or pan fried. The owner and staff at Samsoonie deliver outstanding service and it’s easy to see why this is also a popular spot for lunch.

Such a great introduction to this foodie tour. Also the seafood pie at Samsoonie is legendary. SO RICH and fresh. It is a must try.

In Richmond, a city of about 210,000 people there are roughly 400 Asian restaurants. Richmond is essentially a suburb of Vancouver, and it is about a 10 minute drive from Vancouver Airport. This city is much less expensive to visit and stay in. Restaurants and hotel stays here can be 30 % less than those in downtown Vancouver.

Many Richmond Dumpling Trail restaurants are like Samsoonie, family owned, hidden gems with authentic flavours, both savoury and sweet. There is never a shortage of sauces to try, and new tastes and textures to sample. It truly is where the Far East meets the Canadian West Coast.

Traveller Tip – Some restaurants on the Dumpling Trail only take cash so carry some with you.

At Su Hang Restaurant you will find a unique soup dumpling called Xiao Long Bao. Soup dumplings, originated in the Jiangnan province, which encompasses the Shanghai municipality, so a lot of folks say that Xiao Long Baos are Shanghainese. They are curious to eat, but it’s worth asking for a quick lesson if you are not familiar.

How to Eat Soup Dumplings

Our host Lesley Chang, communications manager, with Tourism Richmond instructed us to eat them while they are hot, bite a small hole in the bottom corner of the dumpling wrapper and drink the soup before eating the rest.

Although this spot is in a small strip mall it fills up fast. Better to make reservations so you won’t be disappointed. Oh and the deep fried yellow fish has a batter that’s lighter than air. With a peekaboo window inside the dining area, you can watch the dumpling maker create part of your meal and be transported to the far east for an hour or two. The night we were there the dining room accommodated a couple of large, enthusiastic families. In fact, Su Hang is a very social restaurant on the Dumpling Trail.

History of the Trail

The Dumpling Trail in Richmond, BC started in August of 2016 with 15 stops and it caught on like wildfire. There are many places to stay in downtown Richmond and if you are a foodie you will want to be central to the highlights of the trail. The Vancouver Airport Marriott Hotel or the Airport Sheraton are clean, affordable, and from them you can walk to dozens of the restaurants featured.

Empire Seafood restaurant serves some of the most beautiful looking dim sum you will ever set eyes on. Located in the retail and business centre, this one is extremely affordable and busy all the time. This restaurant brings traditional dim sum and Cantonese food to Canada with a modern flare.

Tip – Richmond is safe. You can walk to many of the #dumplingtrail stops #richmondmoments #IFWTWA
Powered By the Tweet This Plugin

The Dumpling Trail highlight here at Empire Seafood is SIU Mai and Har Gow. Har Gow are shrimp dumplings and these are a favourite of mine. I order them often in Ontario when I can find a restaurant that serves these. This Empire Seafood Dumpling Trail stop spoiled me though. The wrapper is light and almost translucent made of tapioca starch. The pleating and strength of the wrappers reveal a chef’s skills. Empire Seafood also had picture perfect pork buns. From inside the dining room, on a clear day you can see all the way down to the mountains.

Siu Mai have a thin yellow wrapper and are stuffed with pork and sometimes topped with salmon roe. The Empire Seafood Barbecue pork buns are something everyone should experience at least once.

From the extremely traditional modest Su Hang and Samsoonie to the large, open busting experience at Empire Seafood, we move to the contemporary atmosphere at Pepper Lunch. The Richmond Dumpling Trail is varied, fun and occasionally quirky. Richmond, BC is home to North America’s first ever Pepper Lunch. Pepper Lunch is a staple in Japan and has over 200 locations there, and with this menu it’s easy to see why it is so popular.

DYK Richmond, BC is the home of North America’s first ever Pepper Lunch? #VisitRichmond #RichmondMoments #IFWTWA
Powered By the Tweet This Plugin

Pepper Lunch features teppanyaki, so your meal is cooked on a sizzling iron plate at the table, and as it is delivered to you. But one of the best parts of this restaurant is the friendly owner Denis Sy. It is the second anniversary of the Richmond location. After one year they opened a second location in Vancouver and soon the third one will be opened, also in Richmond.

“We are high end fast food. These are simple meals. We grind our pepper fresh every morning. It comes from Japan.”

Pepper Lunch uses certified Angus Beef and no MSG is used in any of the dishes. Sy stops by our table to give us a rundown of what makes them distinct from others. Also a family run business, Pepper Lunch has sensible portions and strives for quality over quantity.

A Different Take on Gyoza

Gyoza served here are a spin-off of Chinese dumplings. The gyoza is said to have been introduced to Japan during World War 2, where the Japanese learned the art of dumpling making. Japanese gyoza are typically pan fried and stuffed full of pork. Here the gyoza are filled with chicken or beef.

“We don’t use pork in gyoza because everyone has pork. We want to be different.”

Row after row of fresh seafood, fresh produce and some fun dumplings for kids greet us in the Richmond Public Market. There is of course merchandise, cell phone cases, electronic accessories and other novelties are for sale downstairs while bubble tea and food are for sale upstairs. In the food court there’s a spot called Xi’An Cuisine where their hand-pulled noodles are a huge draw. Their spicy wontons, served with a rich sauce, are on the trail too. Not spicy as in my mouth is on fire, but spicy as it refers to use of several spice combinations.

Tucked in another indoor mall that only locals know about, Shanghai Station is one of the newest additions to the food court at Empire Centre. Fresh ingredients and no additives used here to make some of the most creative and inspired dumplings. The owner of this restaurant has a chain of jewelry stores but started her restaurant as a labour of love and you can definitely tell when you bite into the food on her menu.

Rose Lover’s Dumpling is brand new, and we were some of the first to sample these. They aren’t even on the dumpling tour yet. Shanghai Station is a real treasure.

Our tour ended with the five alarm fire spicy Golden Sichuan Restaurant. Their Sichuan style spicy water-boiled dumplings are for those who love and can tolerate a lot of heat. In fact, most of the dishes we ate here had incredible spice and flavour profiles. Sichuan, or Szechuan food, emphasizes the use of chili, pepper and garlic, while ginger and fermented soybeans are also common along with prickly ash.

As we sat there, a tour bus pulled up and dropped about 100 tourists off for a meal. Surprisingly despite the sudden onslaught of people the restaurant service was fast and smooth. Presentation of food is wickedly impressive here. Get your Instagram app ready to go when you order.

You can find maps for the Dumpling Trail peppered all over Richmond.

They are available at many hotels and also at each of the restaurants.

Do The Dumpling Trail

If you love Asian food and culture, this is the place to visit. Richmond, BC is accessible from the United States and from many provinces in Canada as well. Richmond sees many visitors from the West Coast of the US. It is a 2-3 hour flight from California.

You can start hungry but you certainly will not leave Richmond hungry if you do the Dumpling Trail. There are 20 plus stops on this tour.Bring cash as some of the spots only take cash. Also, take photos and bring decent walking shoes, plus get a map immediately before beginning the tour and don;’t forget to engage the restaurant owners. They love to share their favourite dishes and the story of how they came to be.

As a member of the International Food, Wine and Travel Writer’s Association, (IFWTWA) I was recently invited to do a media trip with Visit Richmond, BC. Their Dumpling Tour was the focus of the trip. My accommodations, flights, and food were paid for. My opinion is all my own and it is also truthful. 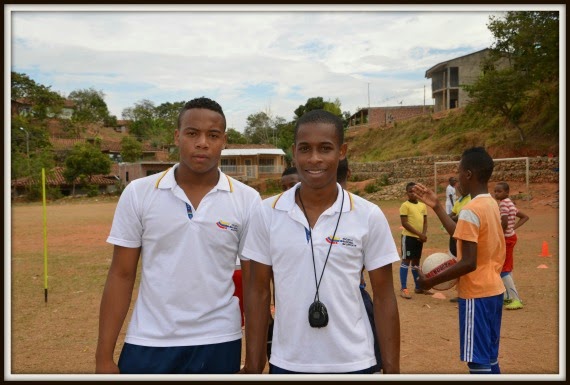 When I Sponsor a Child With World Vision Canada Does My Money Really Go To Them? Child Poverty #TMMWVC 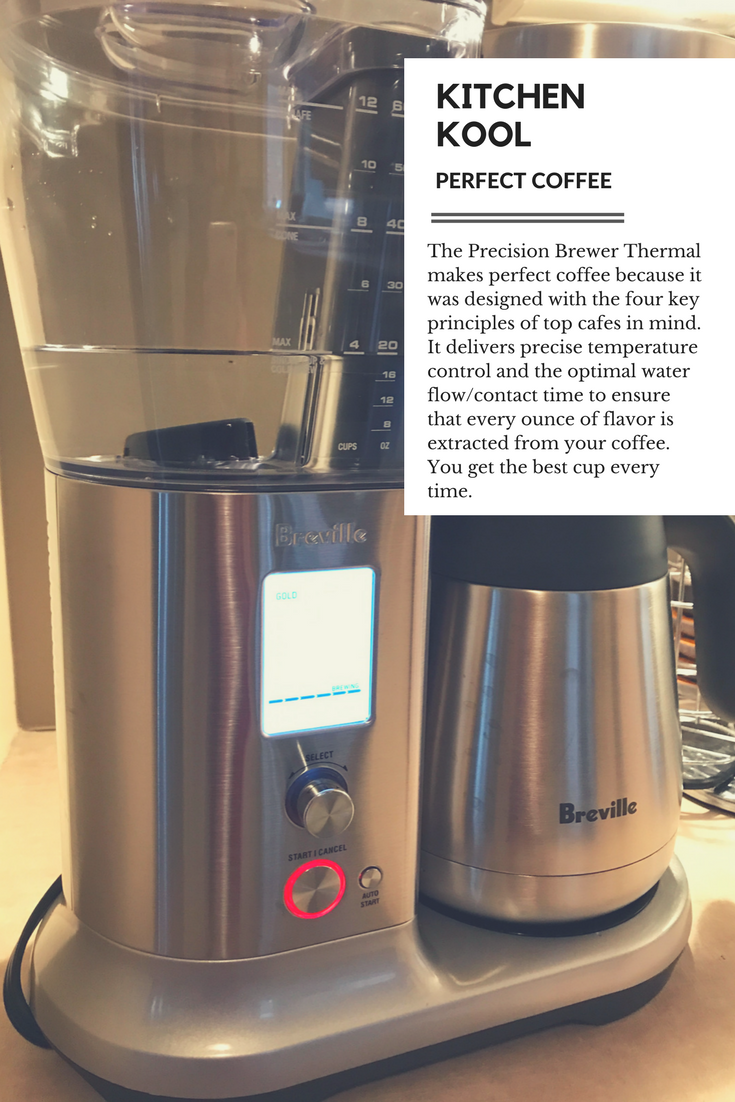 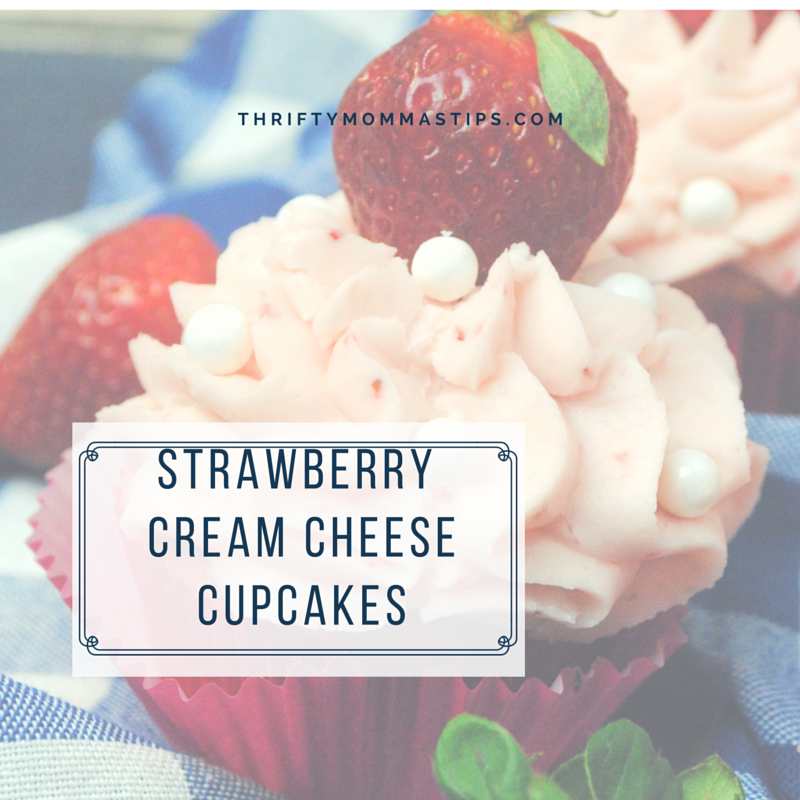