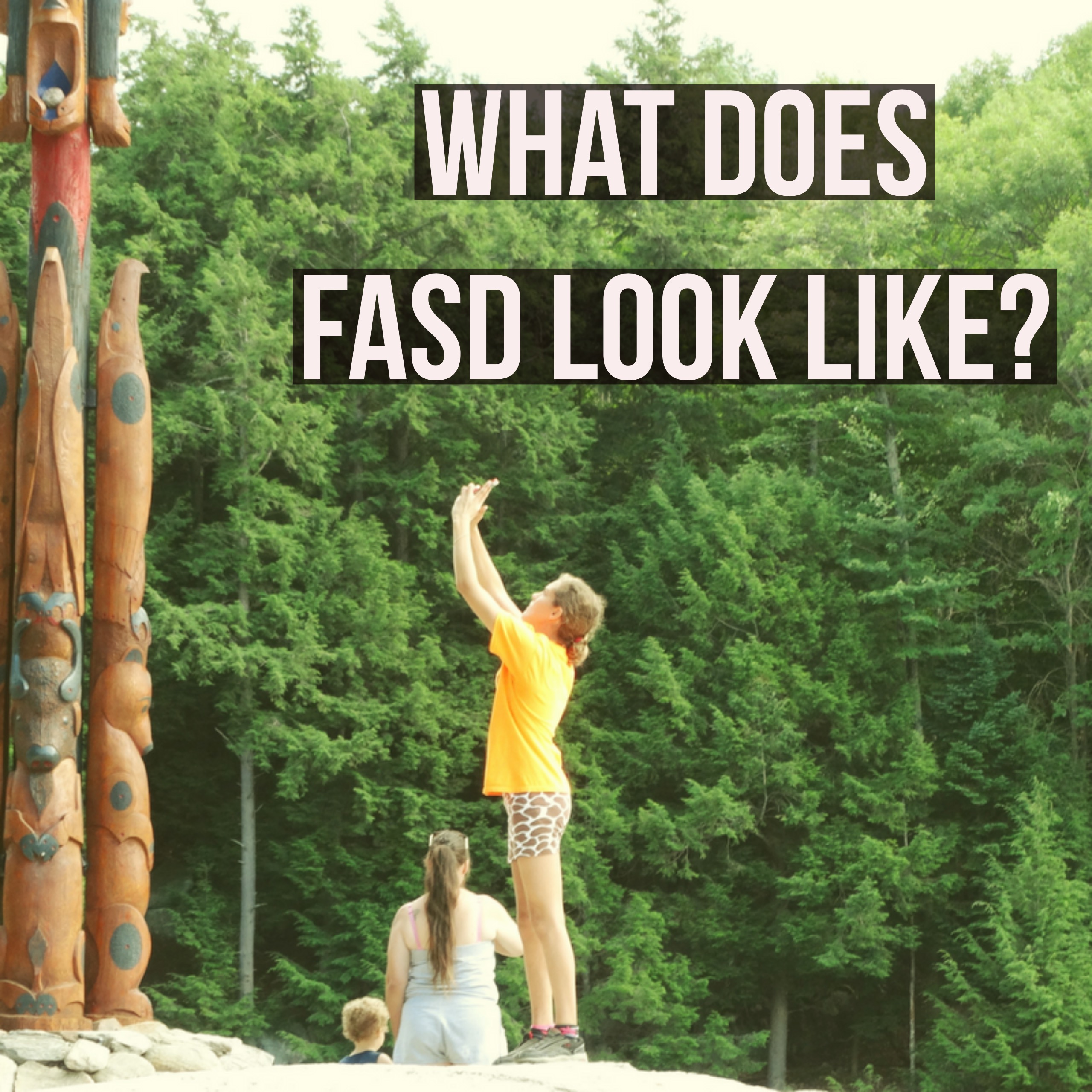 What does FASD look like? This is one of the most searched phrases that lands people here on my site. So, I figured it was time to share a few facts. Some of you know that we adopted both of our daughters when they were small. Both of my kids have unique needs. My youngest girl has sensory processing disorder and Fetal alcohol spectrum disorder. My oldest has anxiety disorder.

I have a lot of experience as a parent of a child on the spectrum. Over the years I have also attended numerous conferences to gather information about how to parent a child with alcohol related neurological damage. Once upon a time, years ago I would fly to BC and Alberta to access expert opinion on therapies and interventions that worked. 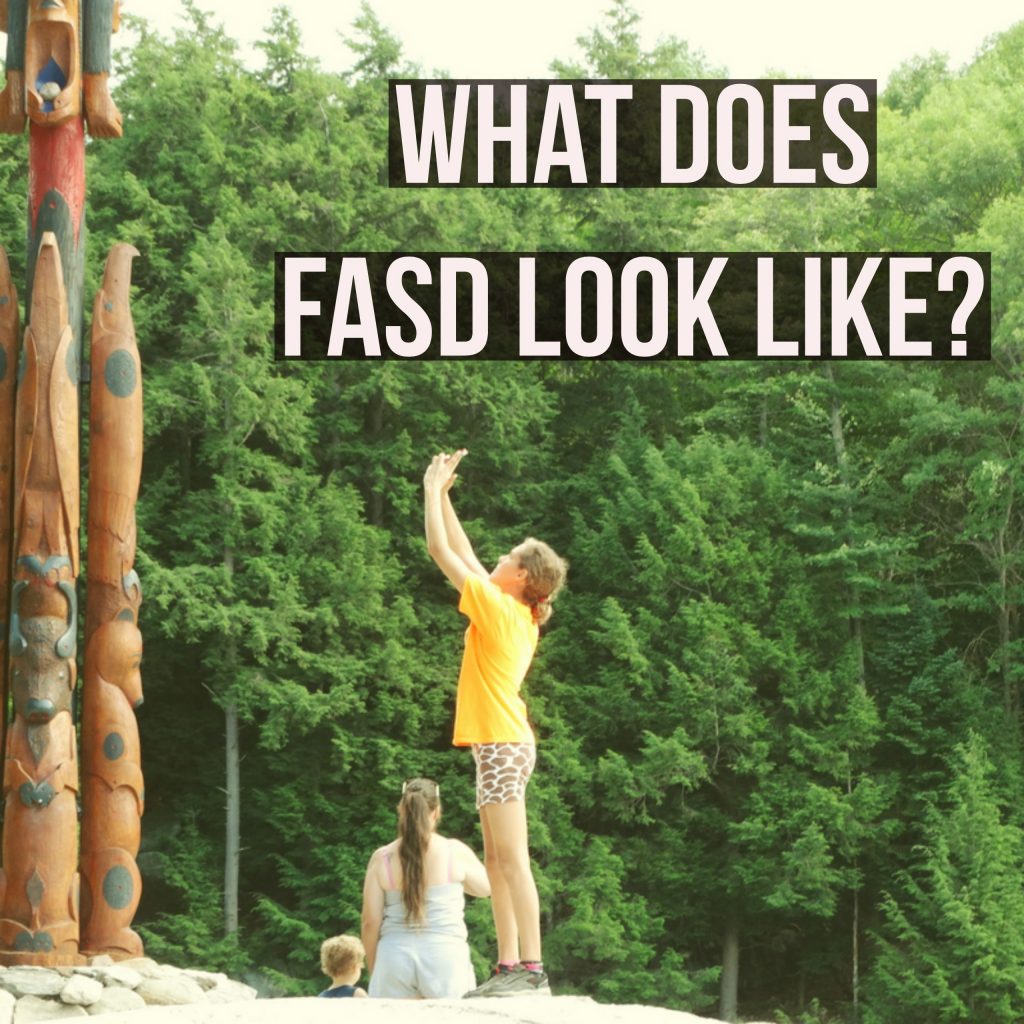 Happily I am finally able to say that some things have trickled across the western provinces. Ontario has started the process of understanding and supporting people with FASD. BUT, they have miles and miles to go before they are doing well by this disability. The province is about 15 years behind the autism movement.

I know what FASD looks like because I live with it and I also have dozens of friends parenting children with this invisible brain damage. My daughter is the greatest teacher here when it comes to showing me how and what works.

So let’s clear a few things up about FASD:

There is no one face of FASD (fetal alcohol spectrum disorder.)

Just as there are many different ways that autism looks, the same thing can be said of FASD.

People used to speak about facial features as a defining factor with FASD diagnosis. That’s not the case any more.

What Are Some of the Physical Symptoms of FASD?

We know now that some of the facial features we used to consider as definitive for this disorder are actually formed very early in a pregnancy. So, full facial FASD features would only be apparent if a biological mom drank during day 17 to 19. That is a very short period of time during pregnancy. The facial features used to be the absence or flattening of a philtrum (that tiny tear drop spot above your top lip), thin top lip, distance between eyes. Small head circumference, a hockey stick crease in the palm. In the mid section of the face sometimes there appears to be less definition, as if it all is kind of underdeveloped.

Other Symptoms of FASD

FASD impacts the brain. There can be physical effects as well. They are varied. Alcohol can impact any system of the developing fetus. I have met many children with FASD who have hearing impairments, kidney impairments, different behavioural markers.

Alcohol passes through the placental barrier so when Mom drinks, baby drinks. FASD is a brain injury caused by prenatal alcohol exposure.

Behaviour is the thing you see first almost always with FASD.

Maybe a child or youth with FASD has trouble listening or they might be overly impulsive. A child will often struggle at school for several reasons…anxiety, and learning disabilities that will often not be fully fleshed out until much older, if ever.

Very Much an Individual Disorder

FASD can coexist with a high IQ. It is a myth that everyone with FASD is extremely developmentally delayed. Sometimes they are and often they are not. It is a spectrum. Very much like autism. It has a million different faces. One of those is my daughter. 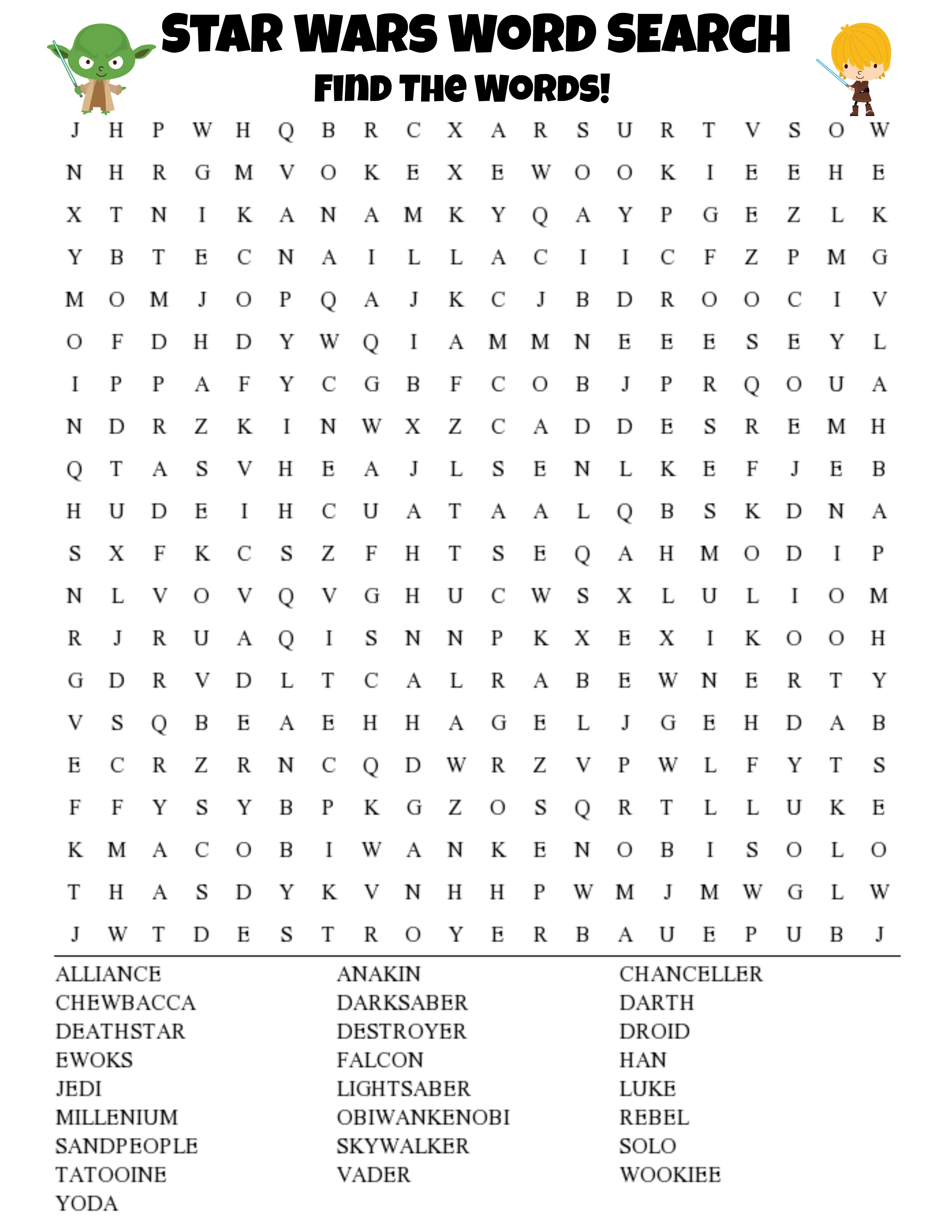 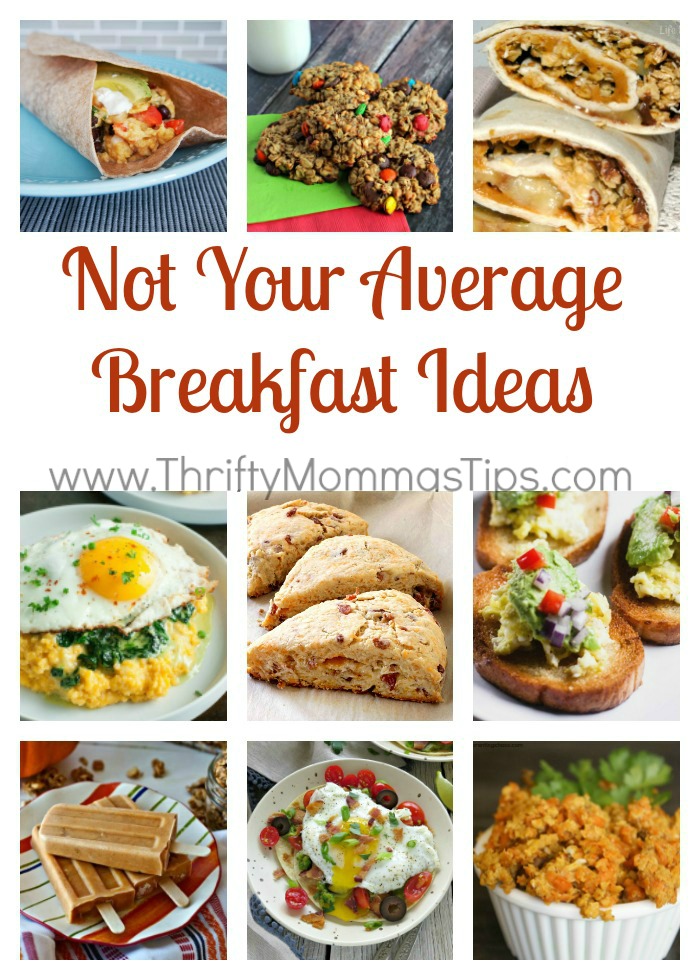 Not Your Average Breakfast Ideas – 25 Ways to Start Your Day 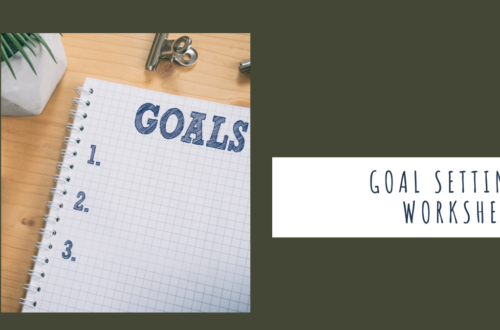