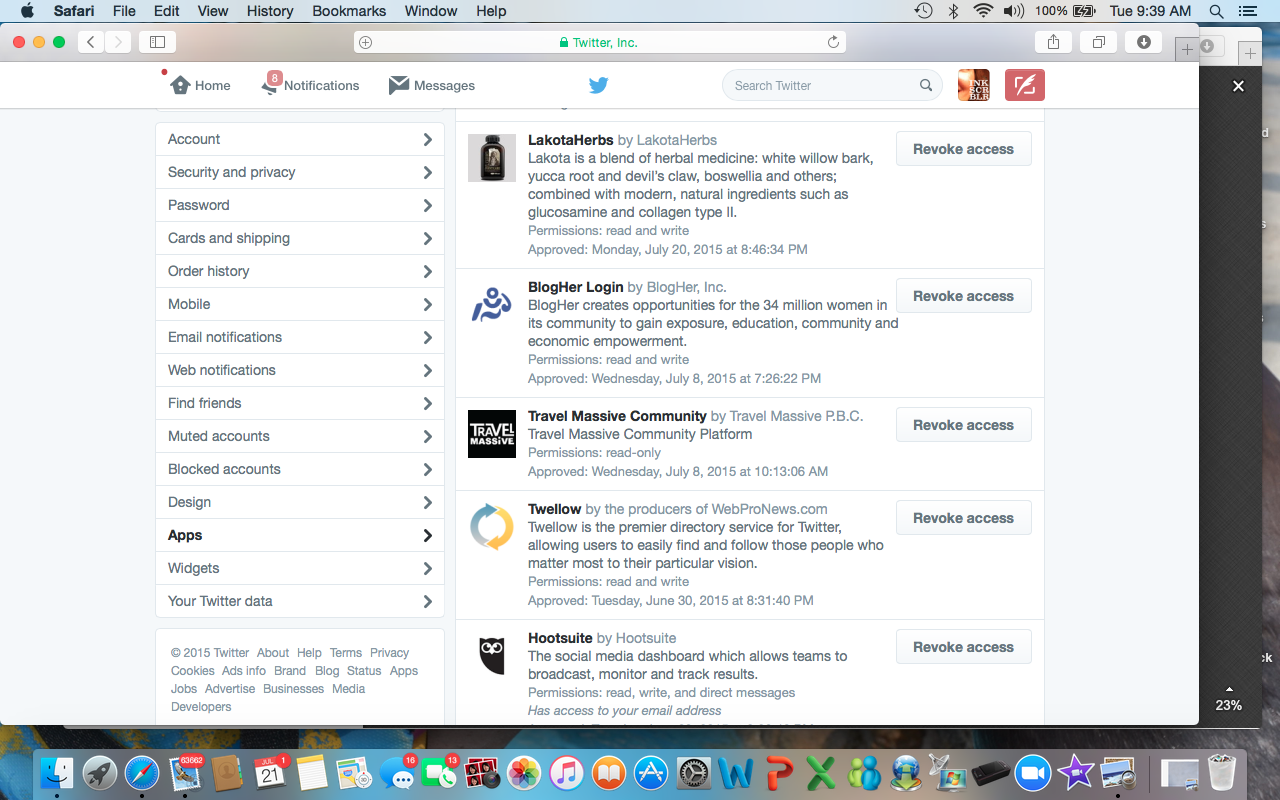 Have your twitter images been sideways? Literally? Have your tweets been claimed by some strange third party? Has your twitter feed been looking hinky? What’s up with that? This past weekend I’d had it. My audience was even telling me on twitter that my tweets didn’t look right and the images weren’t the correct images that corresponded to the topic of my tweets. So I checked out what my reader and good friend Jenn was telling me. Sure enough the images were sideways on occasion and there were actual ads in some of my tweets that I had not permitted to be there. That was really not okay. I needed it fixed. But how?

How to Remove Link.is From Your Tweets 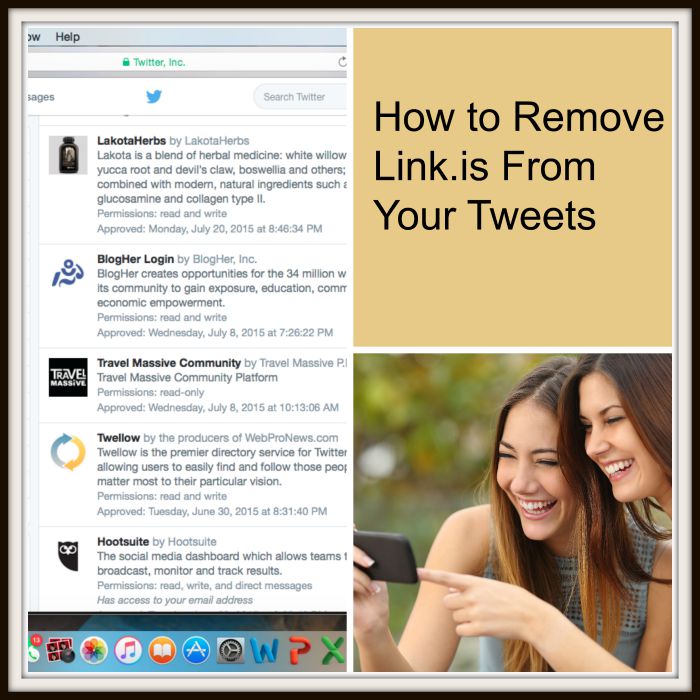 It took only a few moments to realize the problem was entirely with Link.is. Link.is is a third party app which describes itself as a link customization service that at some point was activated on my twitter feed. I didn’t recall activating it, but it’s possible I did at some time. So I started googling and figuring out what Link.is is. It’s an URL shortener app like Bit.ly. BUT the kicker for me was the extra ad that occasionally was being inserted into my tweets. Technically the URL shortener Link.is link inserted a different link and if other twitter users followed it then they would see a different picture than the one that I had posted with my blog post or tweet and an image for an ad often showed before they saw the original content I had posted. That had to be stopped. I was a bit worried it would be difficult to get rid of the extra ad and link shortener BUT it was actually super easy. Consider this: I work with a client who is a patient group. What if an ad was inserted in a tweet I posted about something they were doing and that ad was for a competing event at a similar time, or a conflicting event? Not cool at all.

How to Remove Link.is From Your Tweets also will help you if you are a blogger and you have been paid to send out a tweet linking to a particular URL. I have heard of some bloggers losing a job, or losing money because they didn’t even know Link.is was enabled. So follow the rules and be done with it.

So, if this is happening to you here’s what you do.

How to Remove Link.is From Your Tweets:

Five Easy Steps –  How to Remove Link.is From Your Tweets

3. Search under settings. On left hand side you will see a tab for apps. There you will see every third party app you have given permission to potentially post to twitter for you.

4. Take some time to review all of the permissions that have been granted for each of those apps. The last thing you want is for some app to be given carte blanche to write and post tweets for you. That’s rarely okay. See image above where it says Hootsuite is allowed permissions to read, write and direct message. Change any of those permissions if you are no longer comfortable with that.

For me, as a business person and social media consultant this app was a fail and that just wasn’t okay. I tweet a lot and the final straw was that a reader complained about this link shortener being really annoying. She said she refused to click through any of their links. I value that feedback and was really irritated to see ads also popping up when clicking through to the link.is link. So there you go. A reader and friend told me she hated it and that’s valuable input to me. If ever you have a complaint about something here please leave me a comment and I will always try to fix it. 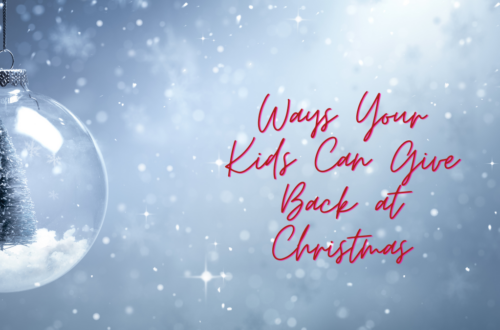 Five Ways Kids Can Give Back at Christmas 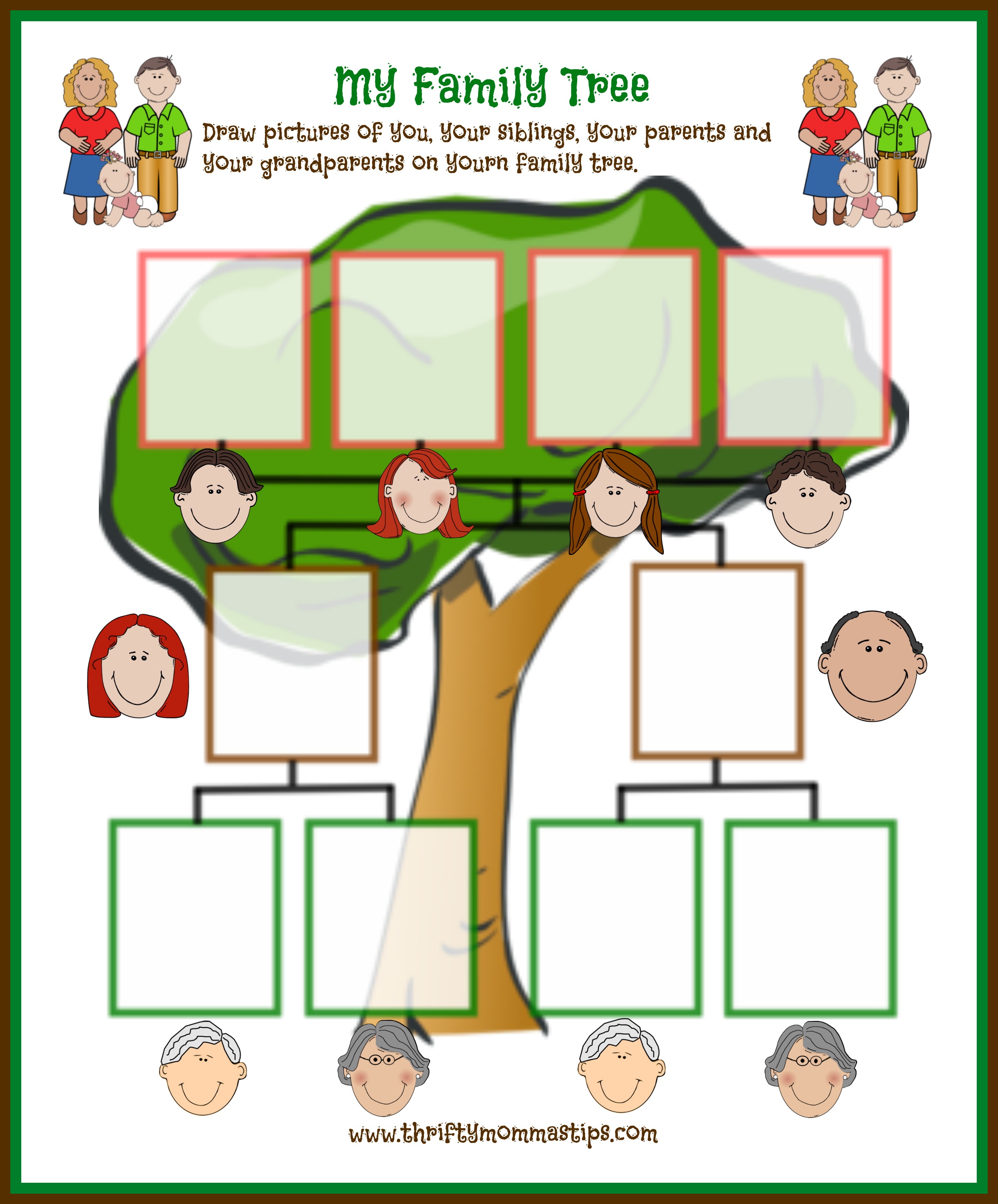