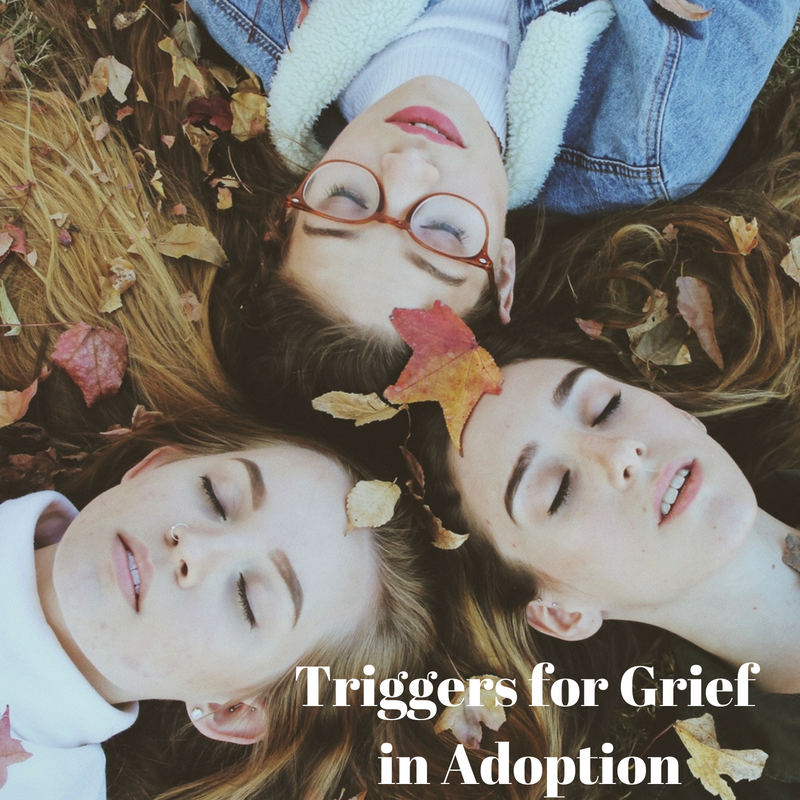 Let’s take a minute to talk about triggers. We all have them, triggers that sometimes seize us by the heart and drag us back to a memory – good, bad or otherwise. Triggers can be like strange little portals to the past. Sometimes brought on by a smell, a time of year, a feeling, a picture.

Triggers for Grief in Adoption are many and they sometimes arrive out of the blue for parents. But for kids in care and adoptees they can be hard to cope with and even harder to communicate clearly to adults. They are visceral and emotional.

The Triggers for Grief in Adoption

For adoptees, or children who were ever in foster care, the triggers can be sad, melancholy stumbling blocks, almost like a visual roadblock in the map of life. For parents, the job is to pay attention to the triggers for grief in adoption triggers and do some detective work. I am reminded of this at this time of year. Read: May and June.

[tweetthis]The triggers for adoptees can be things like dates, or the ending of a school year. Change is often a stumbling block. #adoption.[/tweetthis]

End of school year for my oldest daughter is a major trigger. For some it is a celebration of accomplishment, but not so for Payton. While a happy event that means no more homework, for Payton end of school year, is also a terrifying hole that sits right somewhere near her stomach. It is quite simply an ending, a big change.

We graduate from Brownies and it is a sad scary place where we are leaving friends behind. Doesn’t matter to her what you say at this point. I can tell her: “You might see the same girls in Girl Guides next year.” I can tell her: “You will still see your teacher at school next year, but you will be in a different grade. There is a lot to like about next grade.”

Odds are good I will still say some of these things to help fill the gaps, but none of that comforts her. This horrible end of school year time is a feeling beneath the level of words, and it is scary. In fact, for an adoptee it is a kick to the gut that reminds you of a vulnerability that was there when you were born. It reminds adoptees and children in foster care of rejection. And it reminds Payton how powerless she was when the adult decision was made about who would be her family. There are times it makes me sad just thinking about it. And I am a grown-up tasked with helping to guide her through it, privileged to be her parent.

I have seen this pattern a few years in a row now and so this year when I noticed the explosive behaviours starting in May, I was able to remind myself why this was happening. And I was able to remind my husband too why our wonderful girl, an A student academically, fluent in English and French, creative, dramatic and sensitive, was stressing out.

To understand this, I ask myself why do children lie and steal and hoard things like food? Sometimes it is survival based. But for us, here in this home, a family who adopted two children both before they were six months old, the answer is always the same. It is an answer I have gained from taking all kinds of courses on adoption and reading books like Beyond Consequences, Logic and Control, by Heather T. Forbes and Bryan Post. Children do these kind of things out of fear, when they are scared and stressed out. These are behaviours that almost always communicate big, big feelings of fear and stress.

[tweetthis]Sometimes I ask myself why do children lie and steal and hoard things like food? #adoption[/tweetthis]

How do we deal with grief triggers in adoption?

When we are able to pay attention to these triggers of grief in adoption, we are able to respond and reflect from a calm space that is less reactive. Respond, don’t react becomes the mantra when our child is stressed.

So…How does that look?

In our house – on a good day – that looks a lot like this. Jewelry goes missing from my jewelry box, or an entire box of Brownies vanishes. I have a choice.

Later on when we are distanced from the moment we can talk and reflect about the feelings of wow you must really be stressed out. There are a lot of really big upsetting feelings coming up for you right now. School is ending and that’s a scary time for you. Things are changing and that’s scary too. You are safe here. Our family doesn’t change and we still love you. 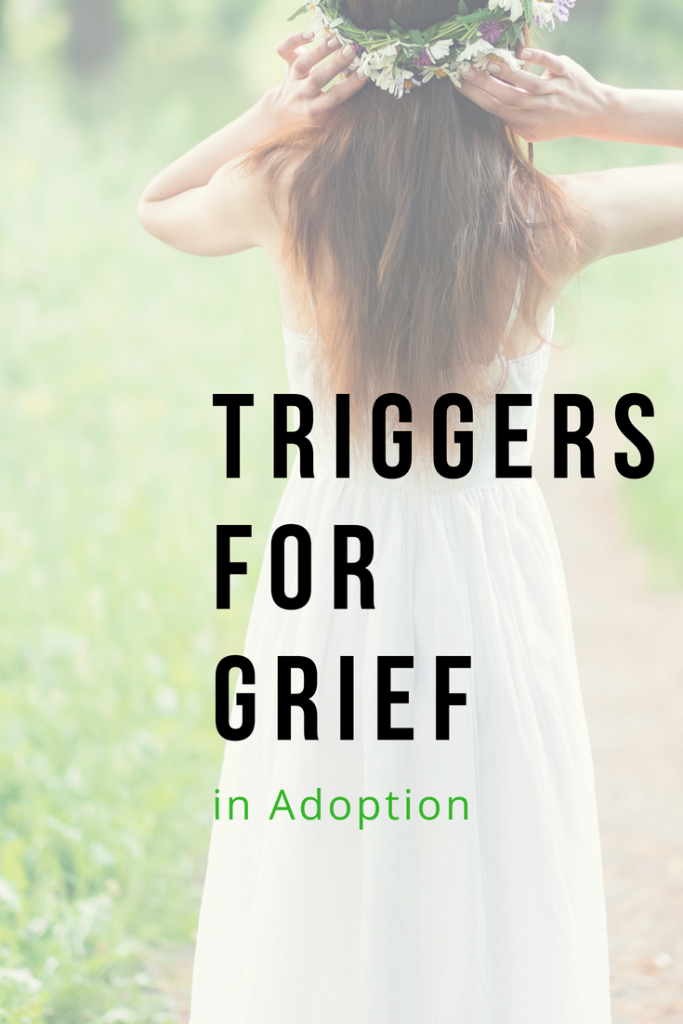 Eventually the roadblock vanishes for a time until the next trigger. In our family the triggers often look like this:

Sometimes there are unanticipated and difficult spots that blindside you as a parent. You can’t always avoid or predict triggers for grief in adoption.  Can’t always know when it will happen, but getting to know your child and their triggers can go a long way towards helping everyone navigate those roadblocks. In the end you, as an adoptive parent, or foster parent want to be able to give them a map that helps throughout life.

The Most Important Two Things:

Remind them they are safe. 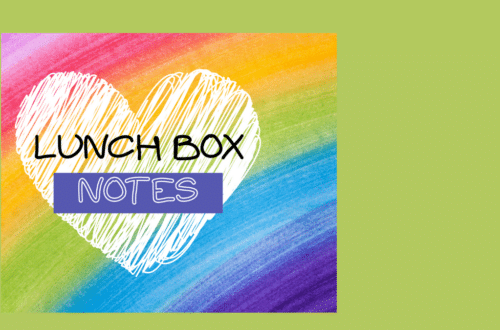 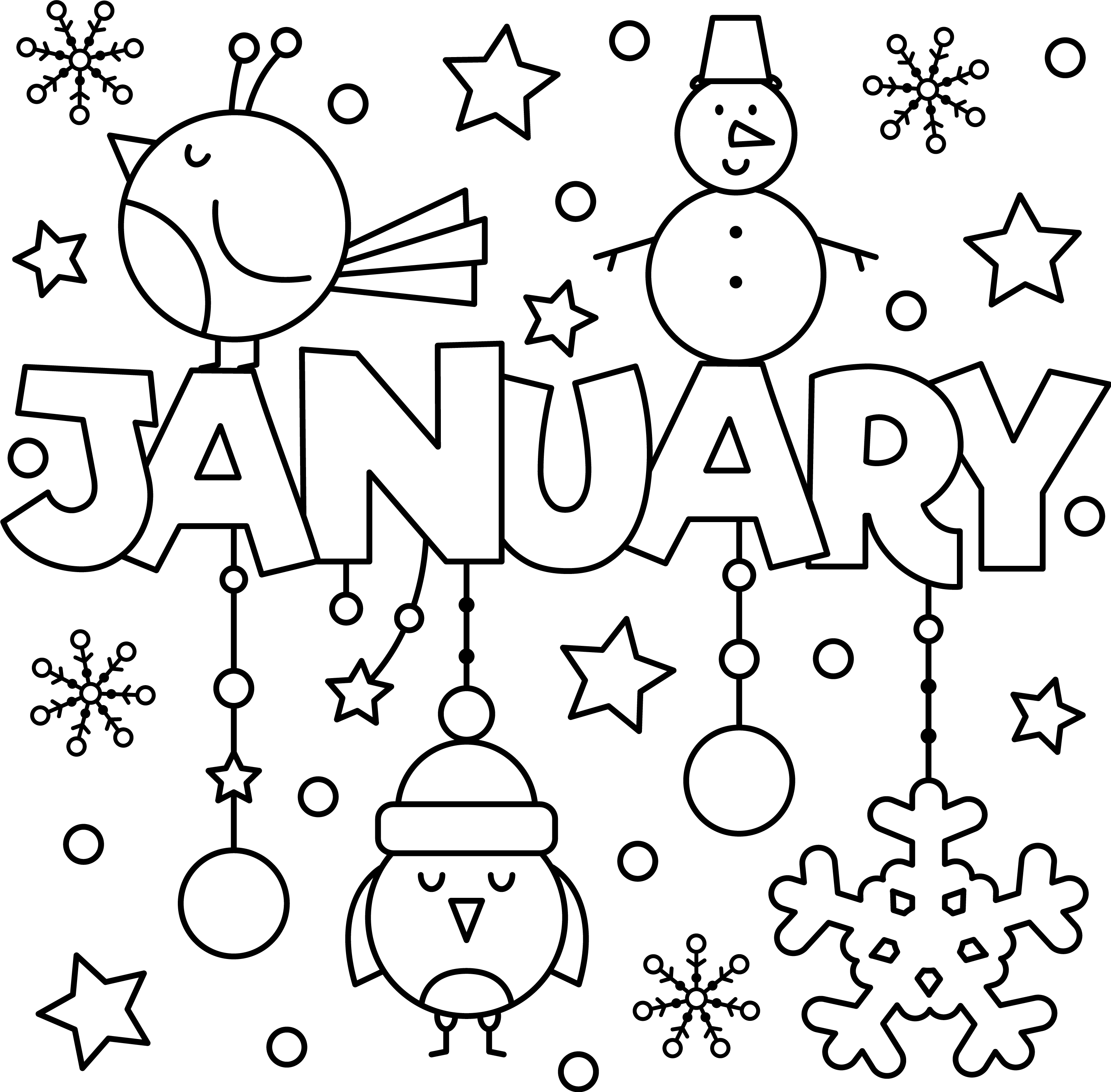 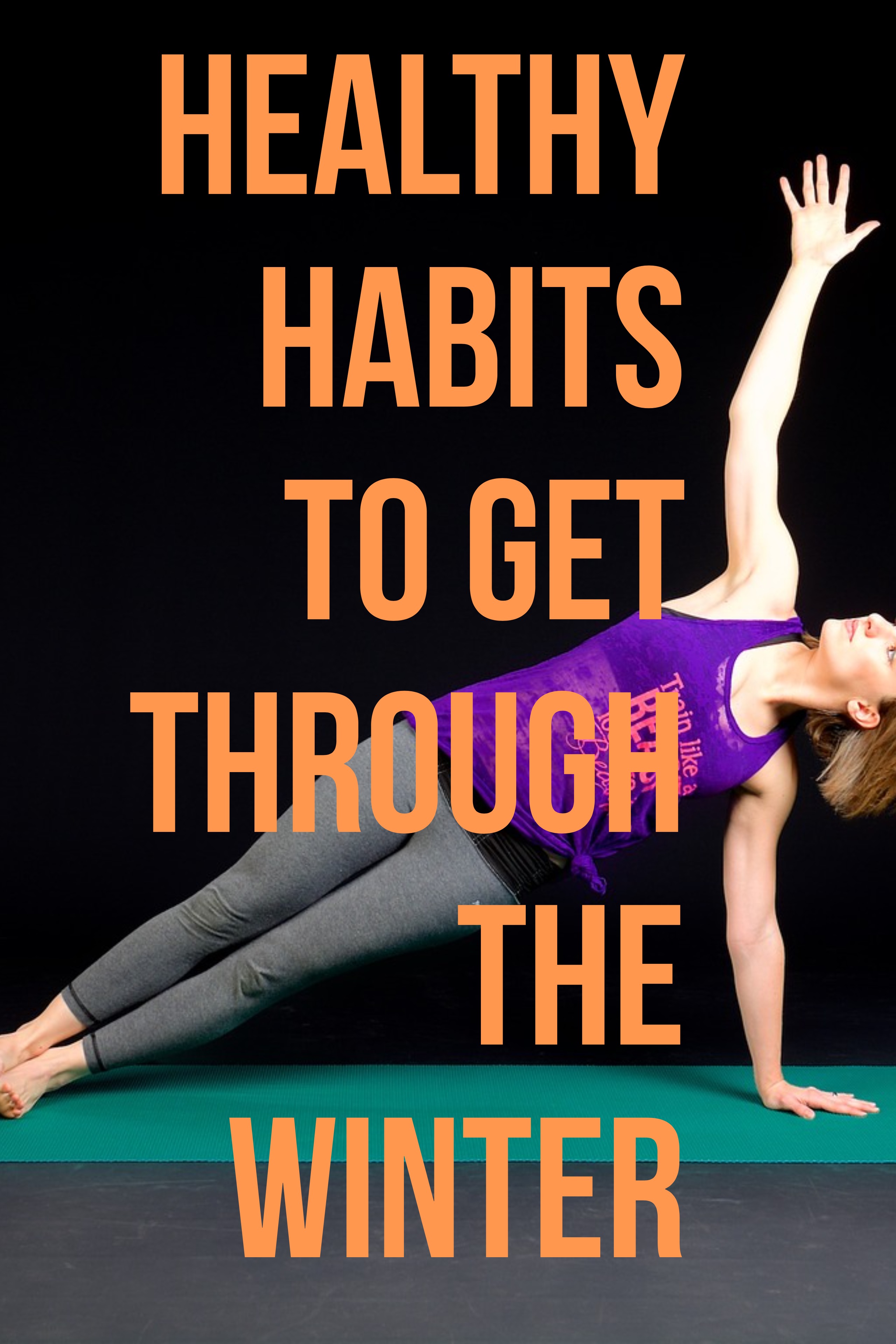 Healthy Habits to Get You Through the Winter #ChurchandDwight