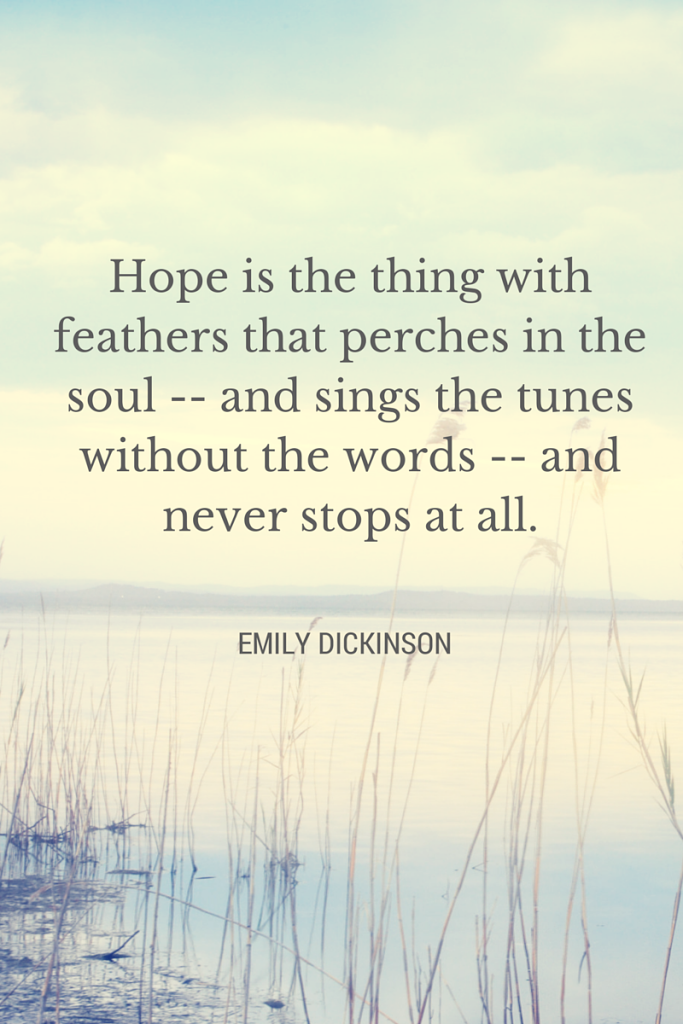 Hope is the thing you see in the faces of the students here. Inside a small school called Policarpa, in an area of Colombia called Santander De Quilichao, where domestic heroin use rages and gangs and guns are very real threats to children and entire families. But here, inside this school the children celebrate Amor Y Paz Month – Love and Peace Month.

Words hang in Spanish on the pillars in the school. Loosely translated they read: Tolerance, Love, Punctuality, Respect, Friendship. It is September and I have flown to South America with World Vision Canada to see the work they do, to chronicle the stories of sponsored children and youth and learn more about how this organization battles child poverty. I plan to find some children, a couple, sponsored by World Vision Canada, sponsored by people at home, maybe even some who live in Ontario, near me who potentially helped improve a child’s life in this area of Colombia.

Instead I find Policarpa School. 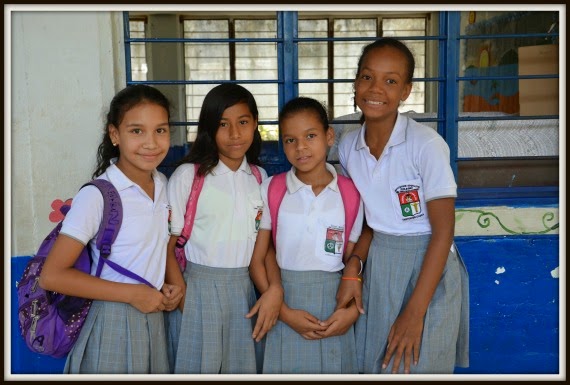 [tweetthis]Santander De Quilichao is about a 45 minute drive from Cali, in the south of Colombia #TMMWVC[/tweetthis]

A Short Drive from Cali

Santander De Quilichao is about a 45 minute drive from Cali, in the south of Colombia. It is an area that is considered the second worst Colombian city for heroin use. Heroin use? That’s right. In the wake of cracking down on narco-trafficking and cleaning up the international drug export business that stemmed from Colombia a much quieter evolution has taken place in several places in the country. Domestic heroin use is a big problem here. Santander De Quilichao and Medellin are the two biggest regions of Colombia struggling with this domestic heroin problem.

Where heroin grows, crime follows, and guns and gangs and drug dealers who prey on kids. In this area, this problem has decimated the population. Dealers hang out and wait for children and they reach out as young as ten, giving them heroin for free. A small, lasting, gift that breeds addiction and then suddenly they are required to pay for their drugs.

Child trafficking, gangs, guns, crime, child poverty and the conscription of children as soldiers in paramilitary groups all follow. These are the monstrous side effects borne from giving ten-year-olds heroin for “free.” 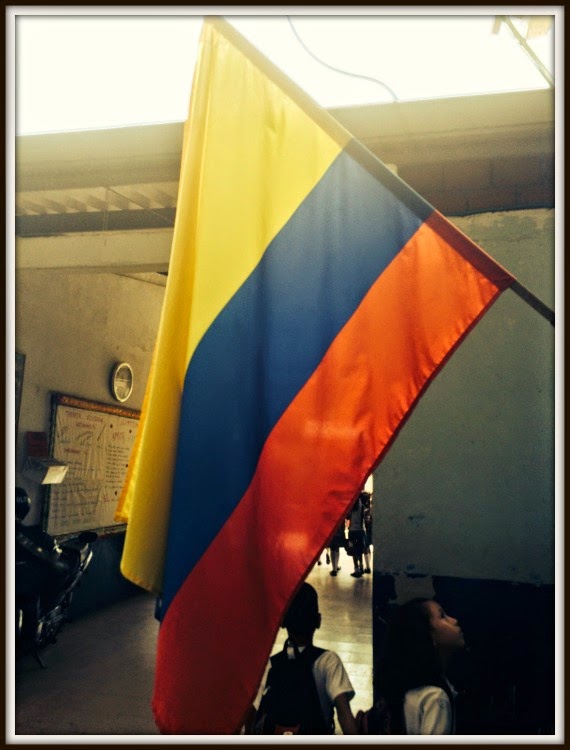 The History of the Country

Colombia is a country that has a well known tragic history of narco-trafficking. Canada and the United States made the country high priority in the war on drugs at home and they succeeded in curbing much of the international drug trafficking problem here. But many people disappeared, narco-traffickers were imprisoned, and many people who were working in that illegal economy were suddenly unemployed, without skills that might translate into a job. As well, a growing psychological rift was unavoidable.

During the years when narco-traffickers took the reigns, many families were forced from their homes. A gang might show up on Monday morning and advise entire families to leave their homes overnight or they’d be killed. Many left the lands their parents owned and set up small illegal settlements with scraps of wood, tarps and plastic – whatever they could find. Child Poverty here became a massive foe as a result.

Poverty Is a Formidable Foe

This history has scarred the country, some say for good. Some say Colombia has indeed made great progress with help of organizations such as World Vision Canada and their local counterpart Vision Mundial Colombia, but they fear the scars are too deep and the gap between rich and poor so wide that nothing will ever remedy this completely. There will always be a gap, according to that group and right now in a country with 8 % unemployment and a huge amount of underemployment too, it is still too easy for youths to be lured into the promise of money and the illusion of glamour when confronted by gangs and drug culture. 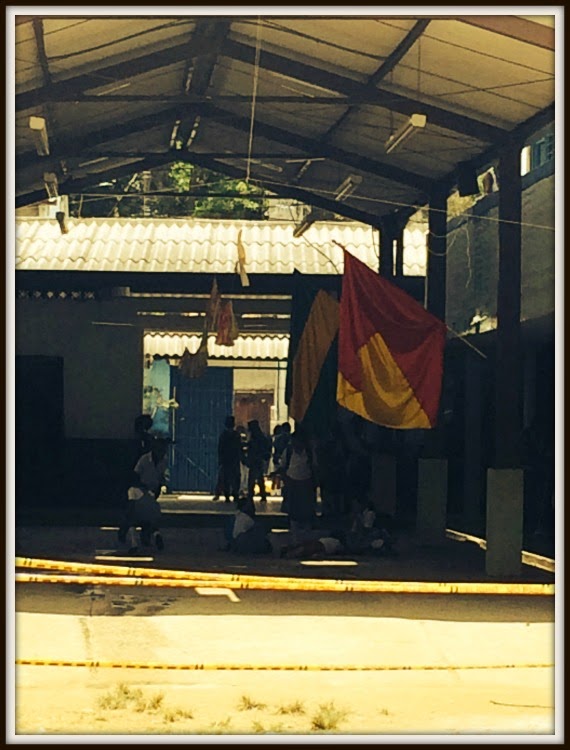 Hope in Faces of Children

But here in this community hope lives inside a school called Policarpa. You see it when the kids surround you jockeying to be in a photographer’s pictures. You see it when the littlest ones hang off of the older children’s biceps at lunch time, craving a quick thrill on a bicep curl. And you cannot help but see it in this empty field where the local high school students spend two hours each day building what will become a gymnasium. 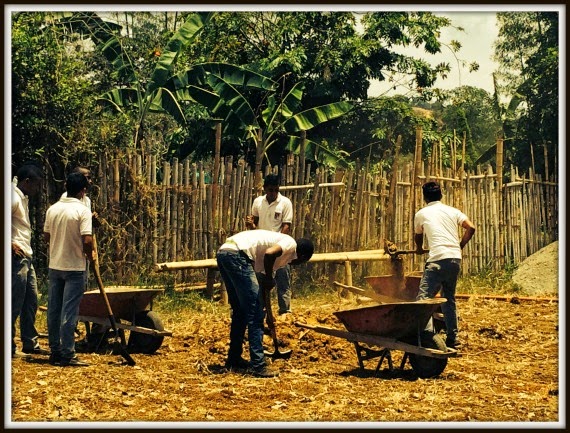 Today the high school students are levelling the floor and measuring the angles and making certain the basketball nets that are standing here as a gift from World Vision, remain standing throughout the process. Each high school student in this area is required to spend two hours a day doing something technical like this. A group of 15 and 16 year olds are here as part of civil constructions class. Their teacher Huber Quibano Sanchez, is an engineer and he oversees their work in the Policarpa school field. 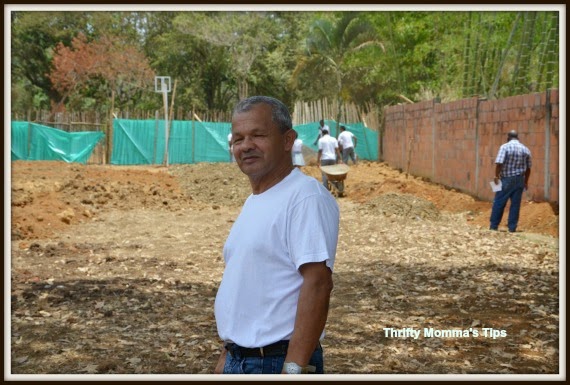 While the high school students work in the blazing hot temperatures and the teachers tidy up the rooms for lunch break, one by one a few random people begin to show up in the field. The language barrier is bridged by a translator and I question why they are here. Are they picking children up, or are they volunteers?

Ruth, is a grandmother and she builds perspective. This is a place where World Vision Canada had an active ADP (area development program) up until a year or two ago. The ADPs last 15 to 18 years. They are set up in the most vulnerable areas of Colombia. A mere 15 years ago this space was a war zone of sorts. This is an ADP after World Vision has done their work building hope, relationships and programs.

There are still many guerrillas living in settlements here, but 15 to 18 years ago the streets were more dangerous than they are now. Families often had hatred for other families. It was not uncommon for a family whose home was stolen by guerrillas as spoils in a drug war, to be situated inside a new community right beside families containing members who had been involved in very gangs that forced them from their land. A volatile neighbourhood dynamic.

Now this school is thriving. The children have a quality space to grow and get an education. It is, Ruth says, the only school in the Santander De Quilichao area that has basketball nets and a space to play.

Many of the children here are sponsored by Canadians. The community has many people working together to build a better neighbourhood for the children and youth. When an ADP leaves an area, they leave in their wake an infrastructure of people and relationships that take over the work that has been started. It is pride and dignity and hope and a future all rolled into one. It is not one success story; nor is it simply one sponsored child story. Policarpa School and the surrounding community is evidence World Vision Canada builds entire communities. 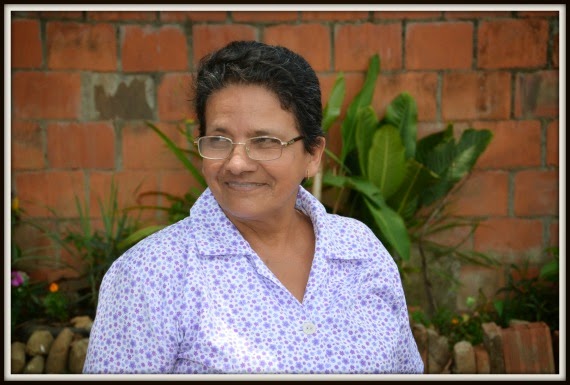 As she keeps talking eventually Ruth, 66, shares more. Her grandson was sponsored by World Vision Canada. She has come by today to say thanks. Like many here, she takes pride in the fact they have taken what they were given, adapted the tools and used them for life, making better homes and better lives.

“We want to thank World Vision because the children here are happy.”

The children and the parent council take pride in making this school better every year. They are fund-raising on their own to finish the yard/gymnasium, sports field area.

“My grandson was sponsored. He participated in all sorts of after school activities with other children. It kept him from drugs. It kept him off the streets. Together we also participated as a family. We learned how to treat each other here and communication got better.”

The Gifts of Sponsorship

These are the gifts that sponsorship creates. Schools, communication, futures, fields, dreams and hope. They are reflected in each of the faces here. Individually, they are dozens of hopeful personal stories of lives transformed. Collectively they are all pieces of a puzzle that knit together to form the portrait of a resilient community.

This is the second story in my series of posts live from Colombia. Many of the stories centre on the topic of child poverty in areas of this country. The first post is here: The Briefing

Sponsor a child and change a community like Santander De Quilichao, Colombia. For more information visit the main World Vision site. You can also follow World Vision on twitter at http://www.twitter.com/worldvisioncan/and on Facebook: https://www.facebook.com/WorldVisionCan 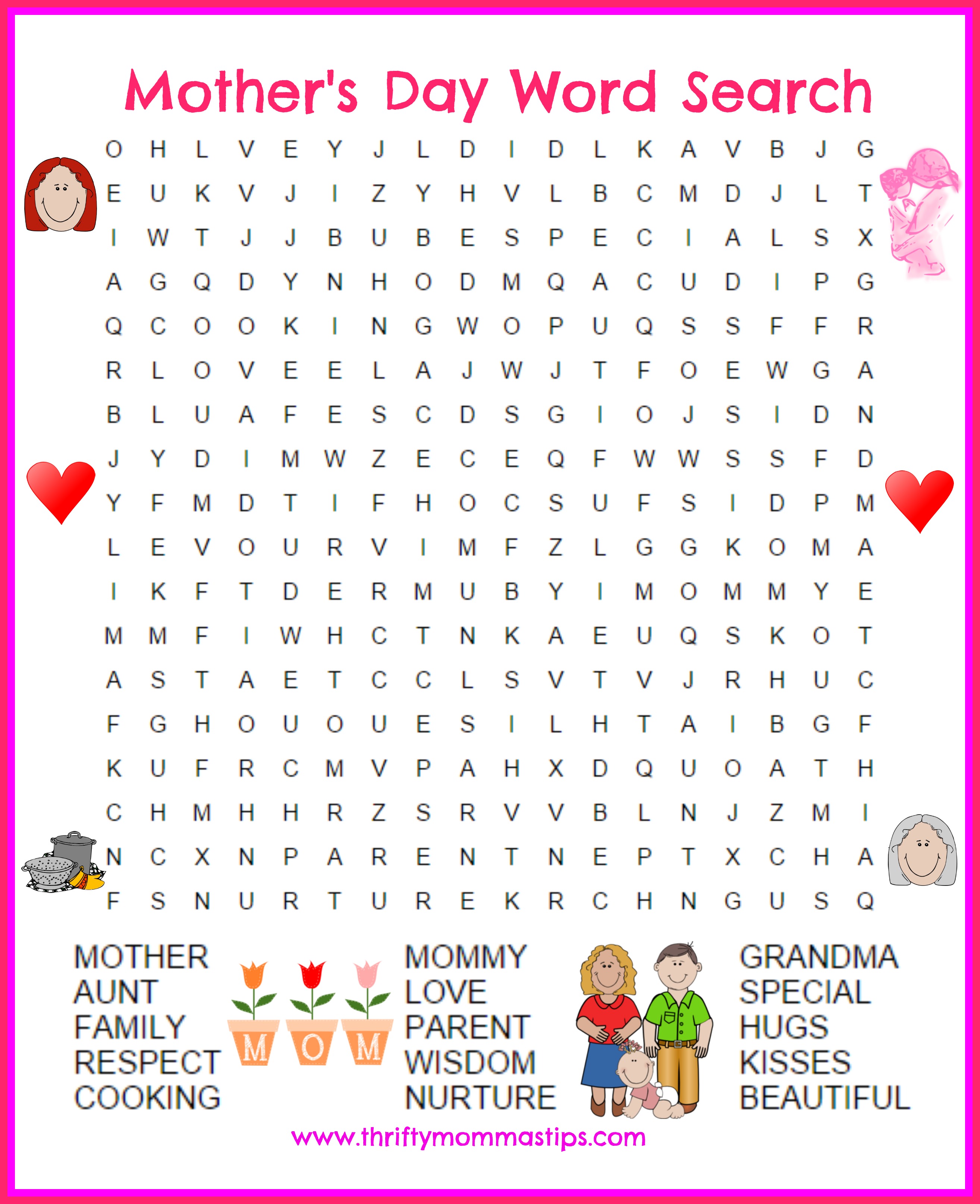 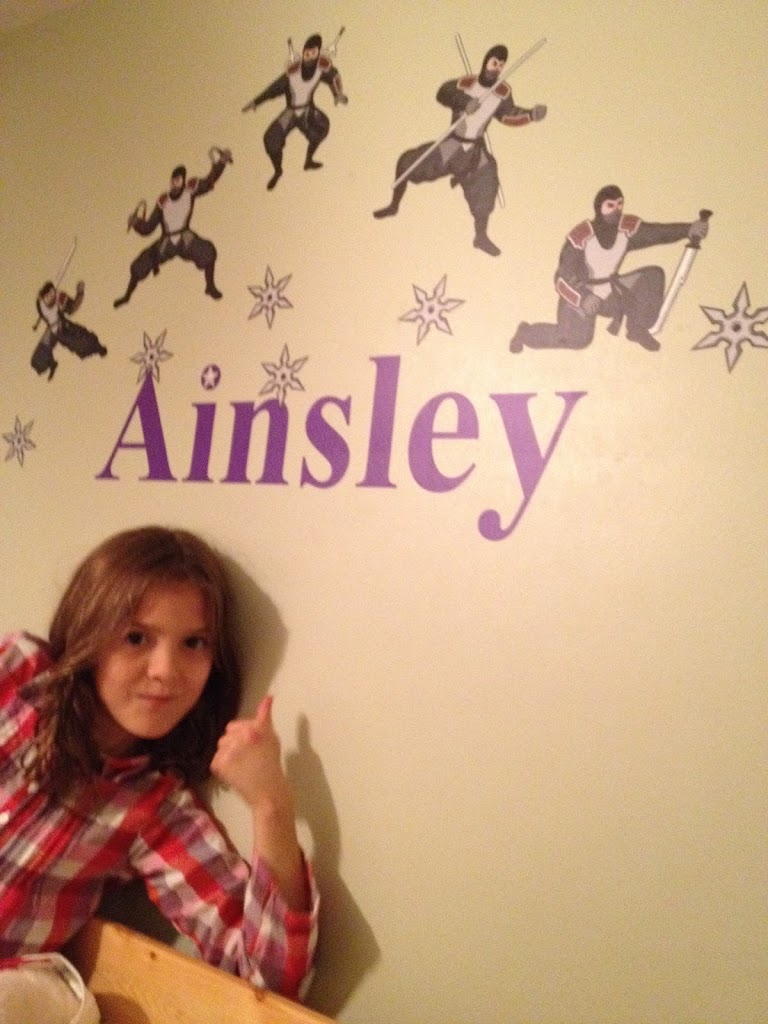 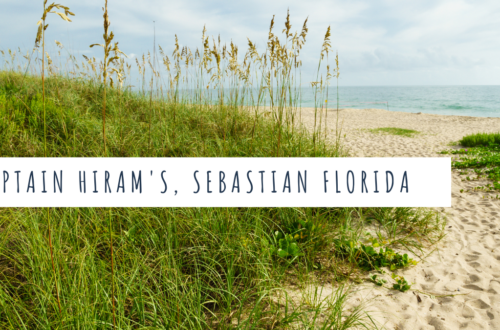