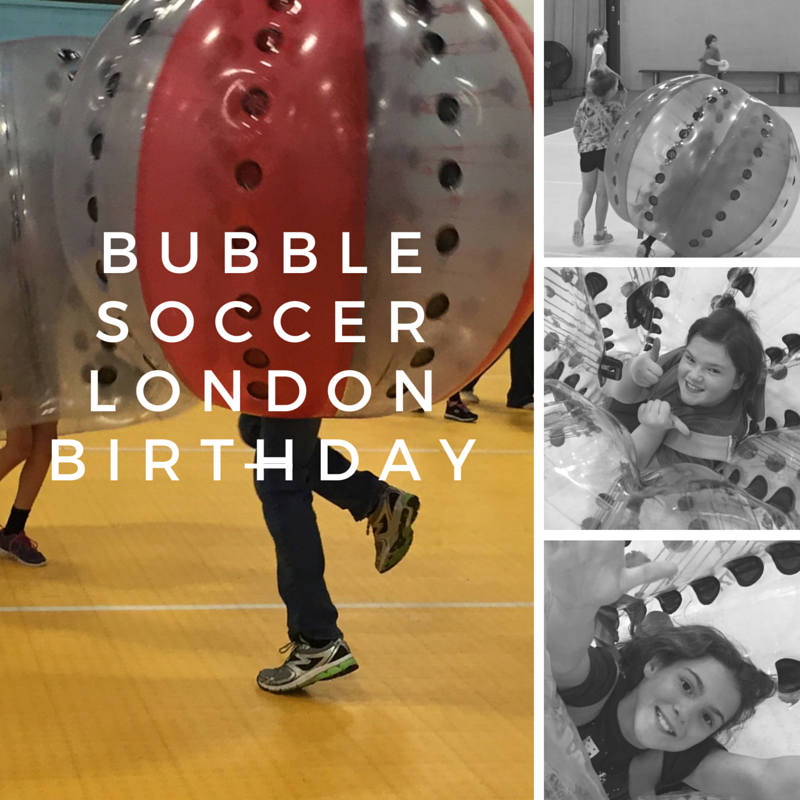 Birthdays come once a year, whether you are ready for them or not. But by the time your child is a tween, let’s face it, the ideas are starting to run thin. You’ve likely already done the children’s museum birthday, the McDonald’s birthday, the YMCA, the Boys and Girls Club, the movie theatre. Maybe there was a princess or pirate birthday party thrown in there a time or two and a climbing gym too. Well, move over overdone theme parties, Bubble Soccer is the perfect idea for your teen or tween birthday.

My youngest daughter likes to plan her birthday parties months in advance of the event itself. In fact as soon as Christmas has come and gone and sometimes New Years too, she starts counting the days until her birthday. First comes the guest list. By February, my March baby is fine-tuning the final cut for birthday invitations. Then the list of potential presents she would like follows. This year she was twitching on a hoverboard which she did not get (but that’s another story READ: UNSAFE). Anyways, just about the time the guest list was taking shape I started to notice a relatively new business in town called Bubble Soccer London. 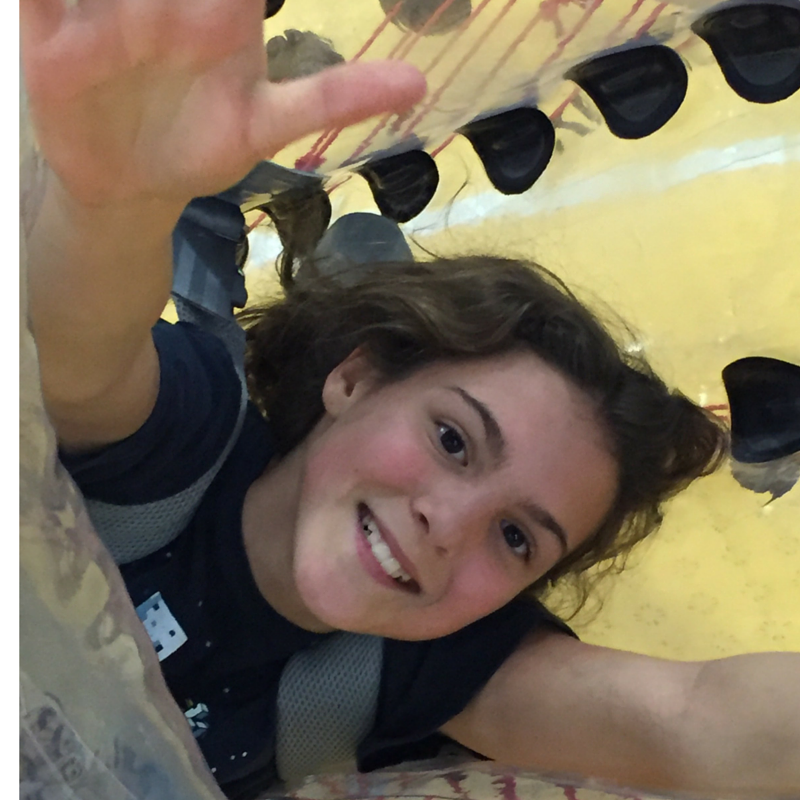 The I followed them on Instagram. I normally scope out new businesses in my city because there’s always a chance I might cross paths or connect in real life and on line. I never know who I might end up doing business with as a consultant. Plus I pay attention to local businesses using social media well and this was one of those cases. Bubble Soccer London seemed to be using social media well and I liked that. We messaged back and forth on Instagram for a bit about potential for a birthday party. Sure enough we connected and talked by phone and email and my daughter’s party was scheduled. BTW their Instagram handle is right here: Bubble Soccer London. 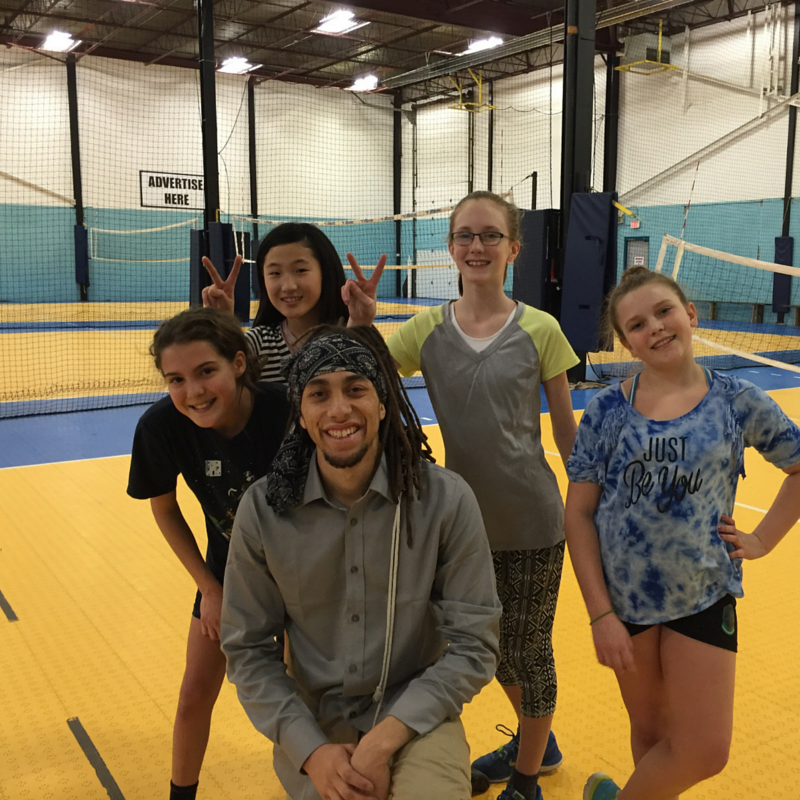 Now often my daughter’s birthday falls on March break and that can be challenging. Sometimes people are away traveling, but this year we had no trouble. Almost everyone showed up. I like to think it was partly curiosity over what Bubble Soccer was exactly. 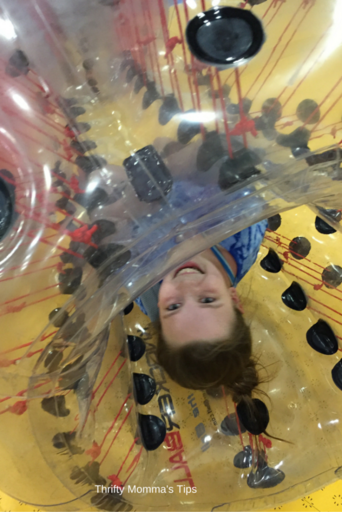 So What is Bubble Soccer?

In a nutshell Bubble Soccer is a game of soccer played with this massive plastic bubble called a Knockerball on you. It is a game recommended for ages 10 and up mostly because of the size of the bubbles. The plastic bubble is heavier and warmer than you would think. I was glad the owner advised us to wear shorts and bring running shoes. 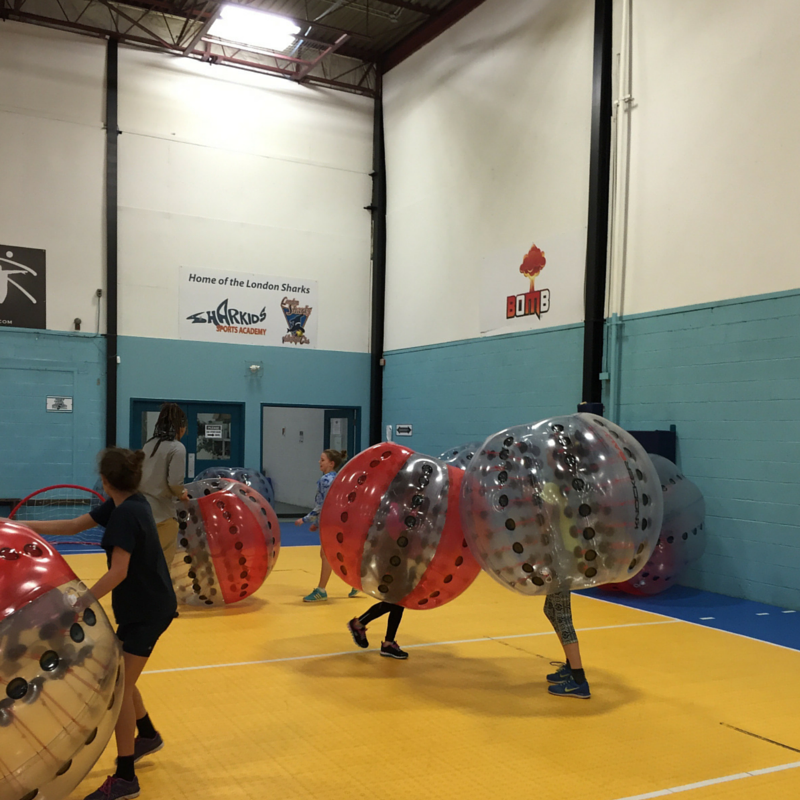 The bubble goes on you with straps on the inside of the Knockerball. The straps are heavy duty, and you pull the bubble part of the Knockerball on then adjust the straps as if wearing a backpack. There are handles inside to grip onto as well. Walking around in one is challenging enough, but you need to walk around while playing one of several different games. Tyler Huggins, of Bubble Up, who partnered with Tara at Supreme Courts, to run Bubble Soccer London, helped manage the party and make sure the games went well. He also gave everyone lessons on how to get in and out of the Knockerballs and how to be safe. 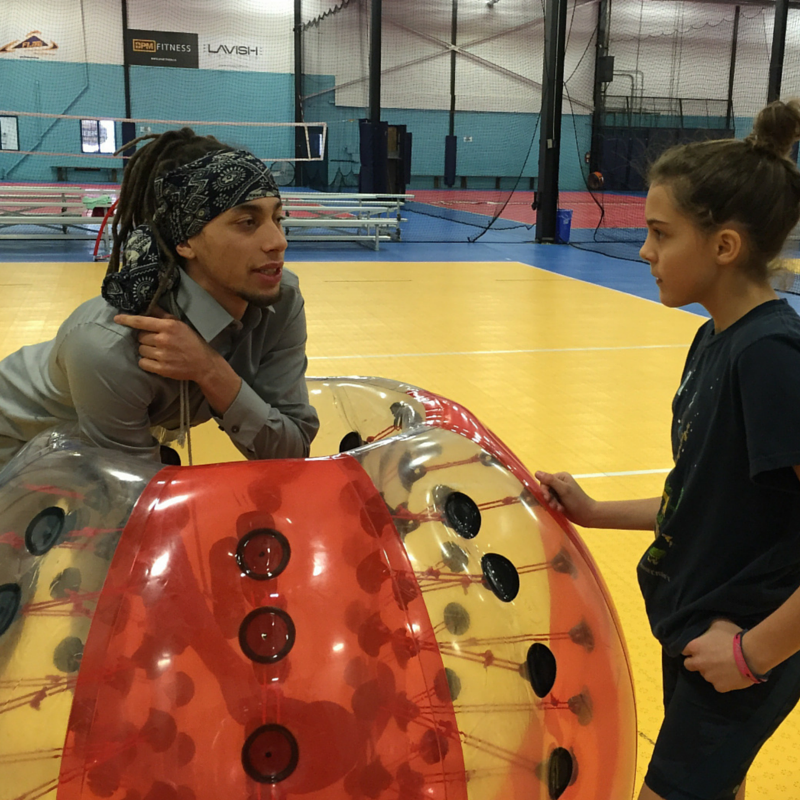 At Ainsley’s birthday party the kids played a few different Knockerball Bubble Soccer games. First they started playing soccer and it took a while to get used to the bubble soccer part. Then they began chasing the ball and crashing into each other a bit. The almost all girl party was a bit comical because most of the girls were actually taking it easy on each other. 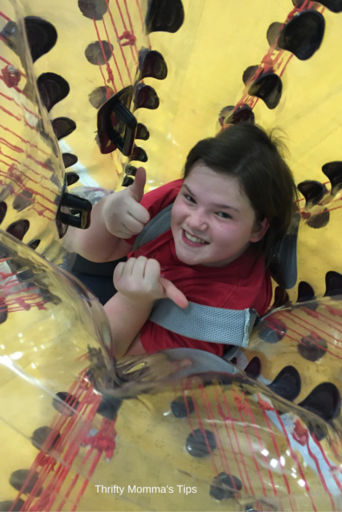 At one point my husband had to give it a try and my older daughter also had a hoot running around and trying to slam into other players on purpose. The hilarious part of that game is watching them tip over, roll and then wobble around trying to get back up. 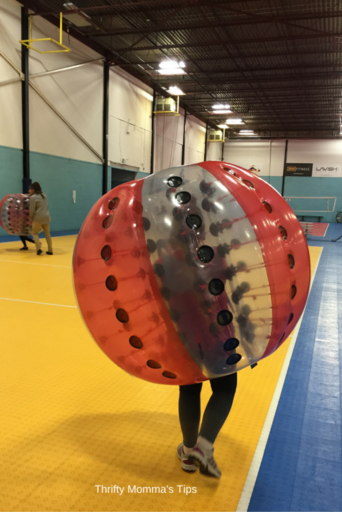 Bubble soccer started in Europe and has been gaining popularity in other places. I thought it was a creative and extremely fun birthday party. It was a good workout for the kids and several were ready for cake and water after the hour of games. 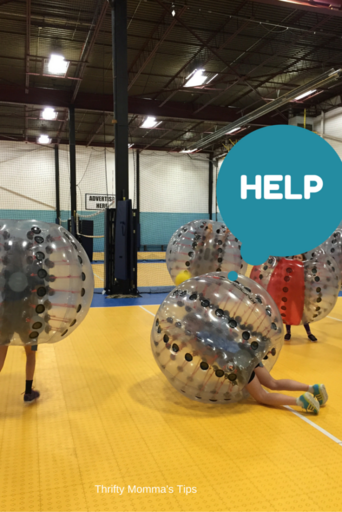 Bubble Soccer London is located out the south end of town at 11 Buchanan Court in an industrial area of town. It’s easy to miss from the outside, but as long as you see the sign Supreme Courts then you know you are in the right place. Supreme Courts is an indoor volleyball court. The inside is really a giant gym space with volleyball courts on one end and a chunk of space at other end for Bubble Soccer. 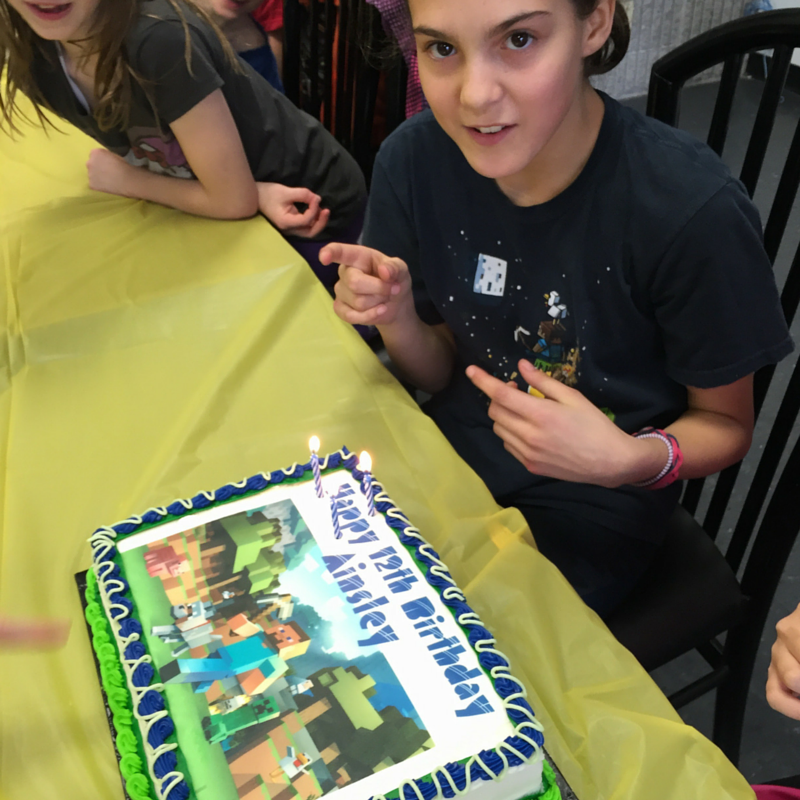 After a game or two of soccer they took turns standing on top of an apparatus without the Knockerball on and one player would try to shoot a foam ball into another player’s ball. 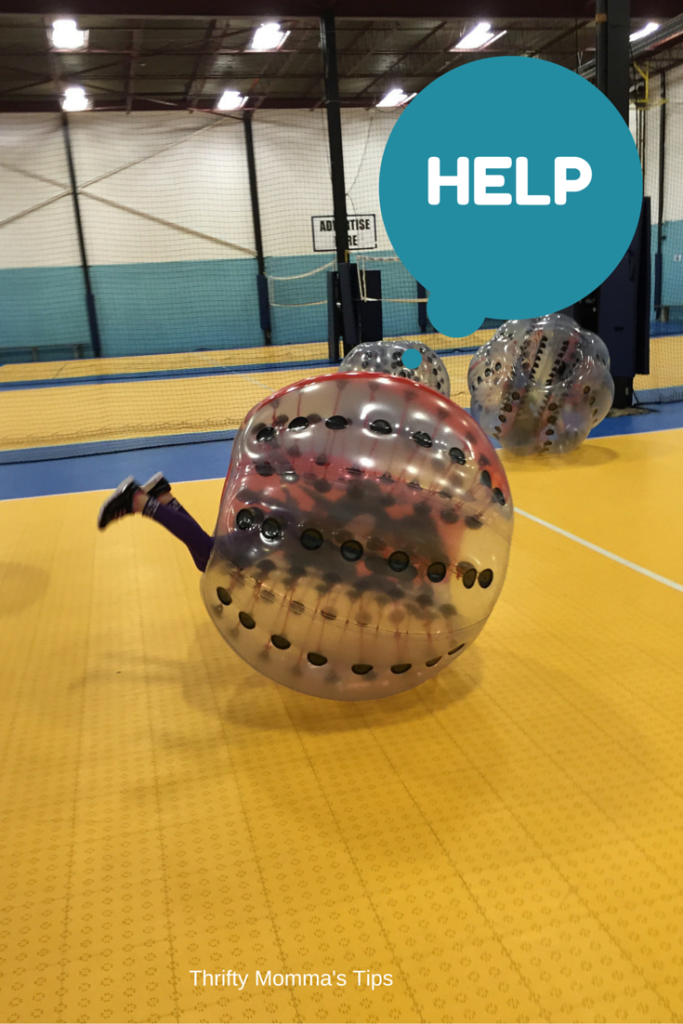 Huggins, with Bubble Up and Tara and her husband, who own, Bubble Soccer London partner to provide a variety of Bubble Soccer events. The Knockerballs can be used outdoors when the weather is nice. They are inflatable and this summer it’s possible you could see them at a local festival, or even just being used in the park. They are totally safe and would be excellent for a corporate team challenge kind of activity.

Bubble Soccer London can be played year round at the Buchanan Court facility shared with Supreme Courts. You can play Bubble Soccer or seven different Knockerball Games. You can rent the arena package or the arena with party package for a birthday. Prices start at $190 for an hour long game.

Many thanks to Bubble Soccer London for hosting an extremely fun 12th birthday party for my sport tween. She loved it and continues to call it the BEST BIRTHDAY Party EVER!

We received this party in exchange for this post. My opinion is all my own and 100 %  truthful. 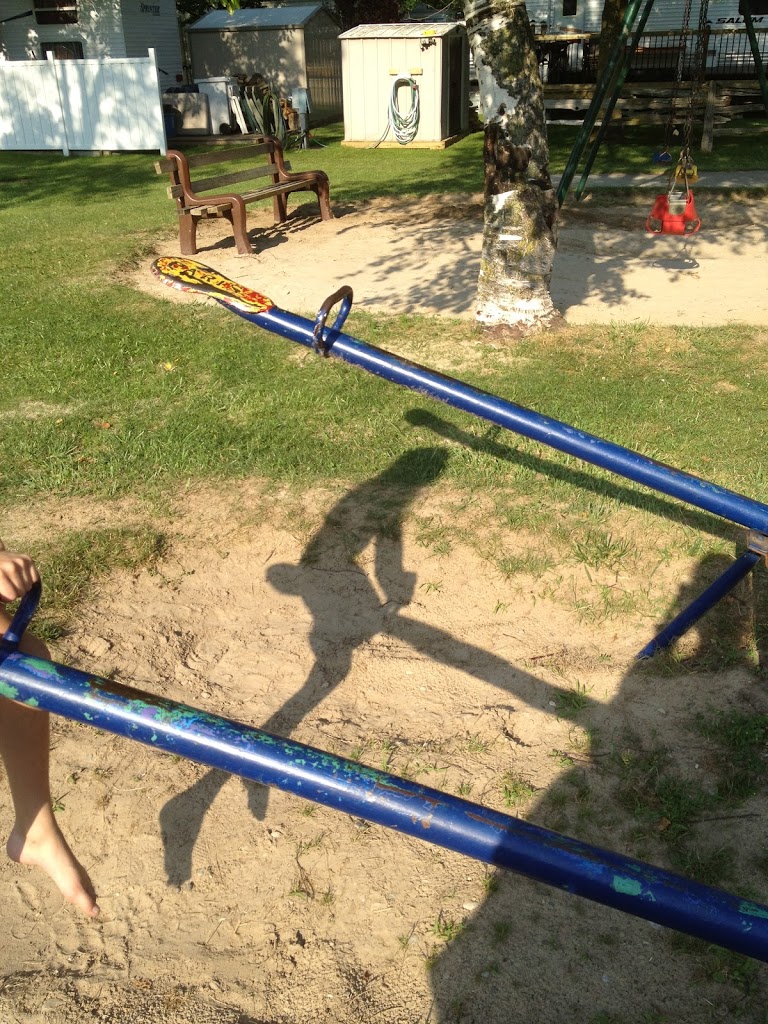 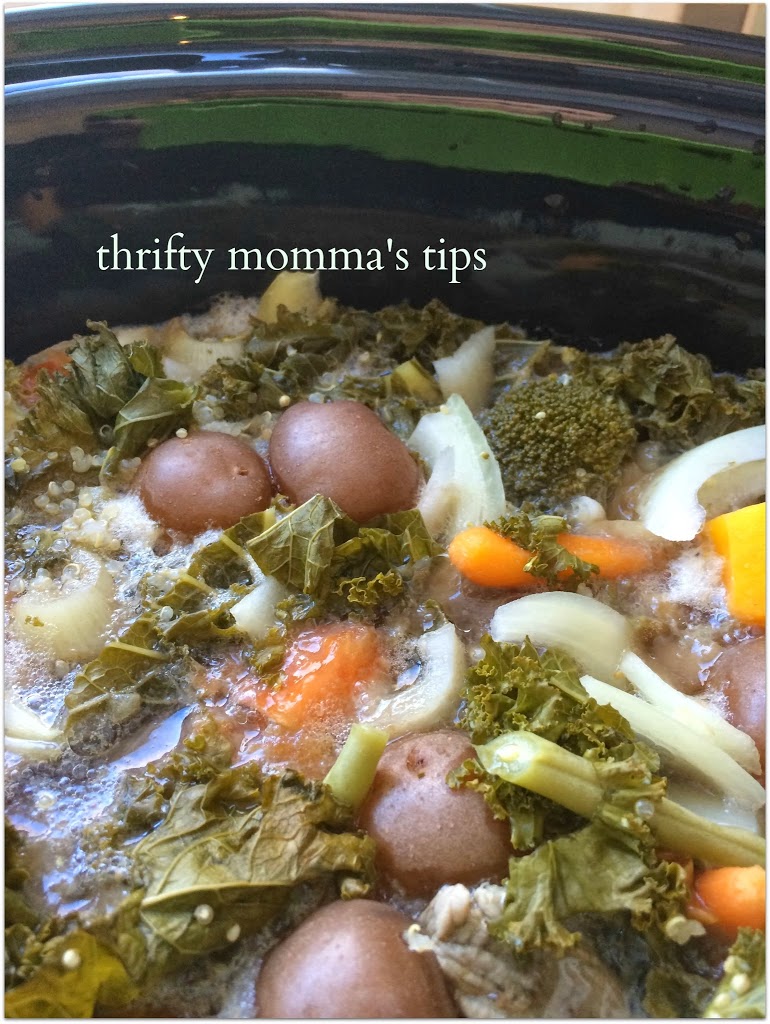 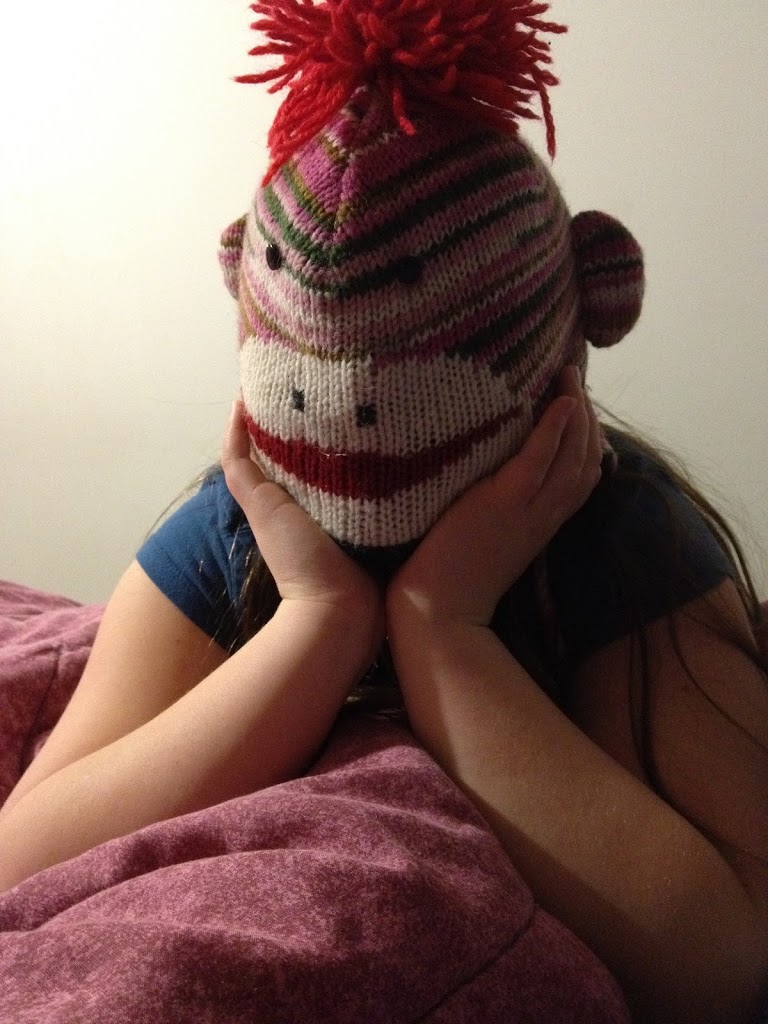 Is it a monkey? Is it a girl? #Wordless Wednesday