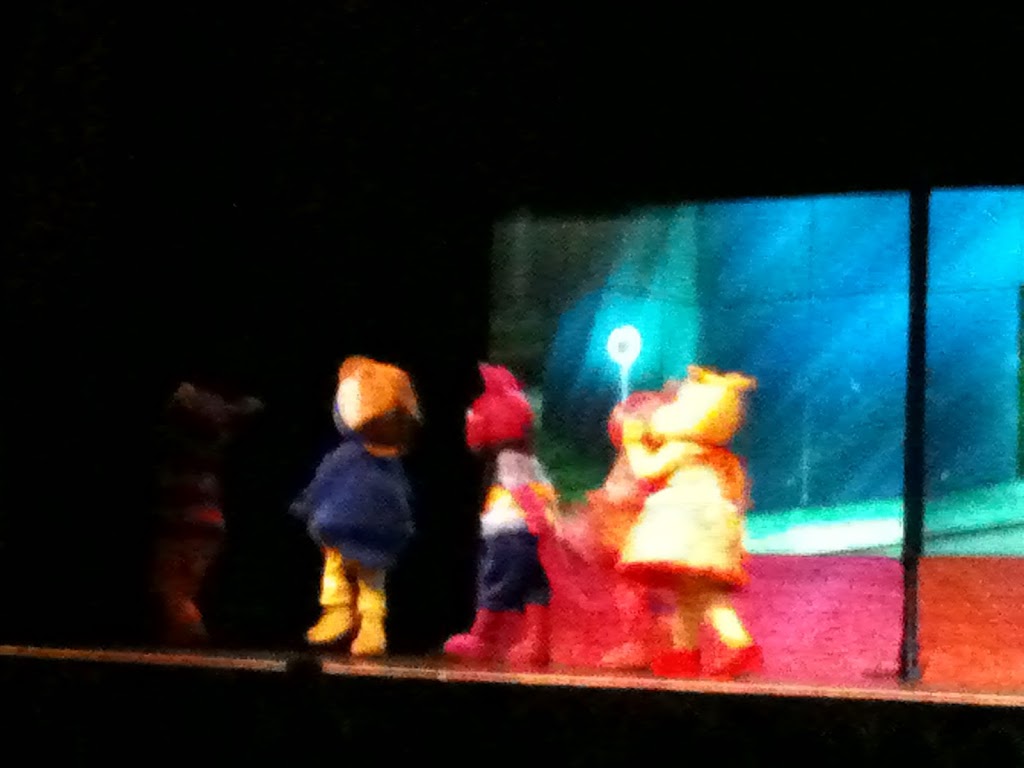 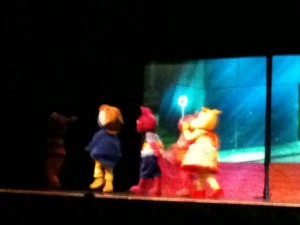 The Backyardigans hold a special place in my heart. When they first started staging the popular TV show, we hopped right on the ticket train and raced out to see them. My kids both loved the Backyardigans and I felt good encouraging this show because it was wholesome, it encouraged them to move through song and dance sequences and their music always seemed so much more sophisticated than the average TreeHouse show. And what’s more than that, it was, and still is a really creative little preschool gem. In their neighbourhood, their backyards become transformed into magical adventures. The Backyardigans Live didn’t disappoint that first time we saw them and they didn’t disappoint last night either. The Backyardigans Live: The Quest For The Extra Ordinary Aliens is a compilation of several scenes from numerous different Backyardigan DVDs. Judging by the reactions of most of the kids in the crowd of about 350 families packed into Centennial Hall in London, the Backyardigans still have preschool swagger. 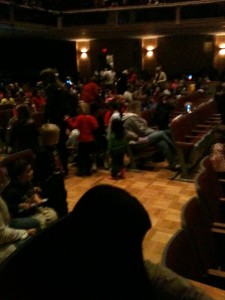 The staged live performance, produced by Koba entertainment, centres around an alien named Boinga Boinga. Together the Backyardigans travel the globe hunting for alien evidence. On the way, the backdrops change and particular segments of several of their DVDs are played out. Uniqua is a reporter, Pablo searches for a Yeti and Tasha is an Egyptian princess. Koba entertainment does a great job suggesting movement with the changing backdrop of scenery. The props are few, but fabulous, especially in the Egyptian princess scenes. 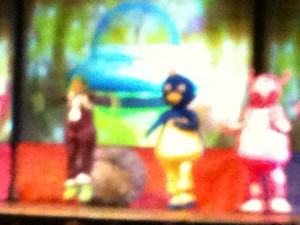 Despite the rotten rainy weather, nothing was going to put a damper on the spirits of the audience Wednesday night. Preschoolers and toddlers were dancing in the aisles and waving star wands sold on site. Centennial Hall is the perfect venue for the preschool shows, providing more intimacy that the John Labatt Centre does. Not that the John Labatt Centre doesn’t have its pluses, which it does, it simply makes more sense when shows like this are staged with small people in mind. Centennial Hall lets you feel closer to the performers. 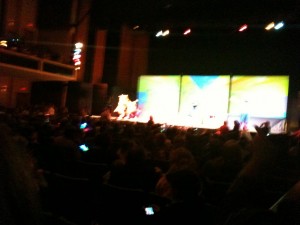 The alien at the start of the show is searching out Boinga Boinga. She spends a fair bit of time alone on stage singing and dancing and has a very commanding voice. The actress who plays her does a great job warming the crowd up and singing solo. The puppeteers are masterful with Boinga Boinga, but best of all are the five main characters, in full suits that make them look very real. The Backyardigans and Toopy and Binoo and the Marshmallow Moon are both touring Canada. The Backyardigans started their tour in B.C. and have been working their way across the country. Thursday night they will stop in Hamilton  at Hamilton Place. Saturday afternoon they are in Kingston and Sunday the Backyardigans are in Kitchener at Centre in the Square. on Monday, Oct. 24th they are in Niagara Falls with stops following that in Windsor, Sarnia and Chatham. 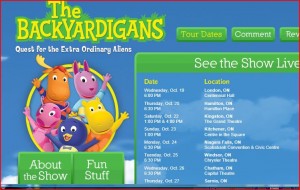 Toopy and Binoo make their theatrical debut in London at Centennial Hall this Sunday, Oct. 23rd. Their show is at 1 p.m. in the afternoon and it’s not too late to get tickets. See www.centennialhall.london.ca

For free fun activity sheets visit http://ToopyAndBinooOnTour.com and http://www.TheBackyardigansOnTour.com Click on fun things for the freebies.

This show gets a $$$$ out of $$$$$. It was long enough to feel like you were getting value for the money. The merchandise was affordable with t-shirts marked on sale for $20. 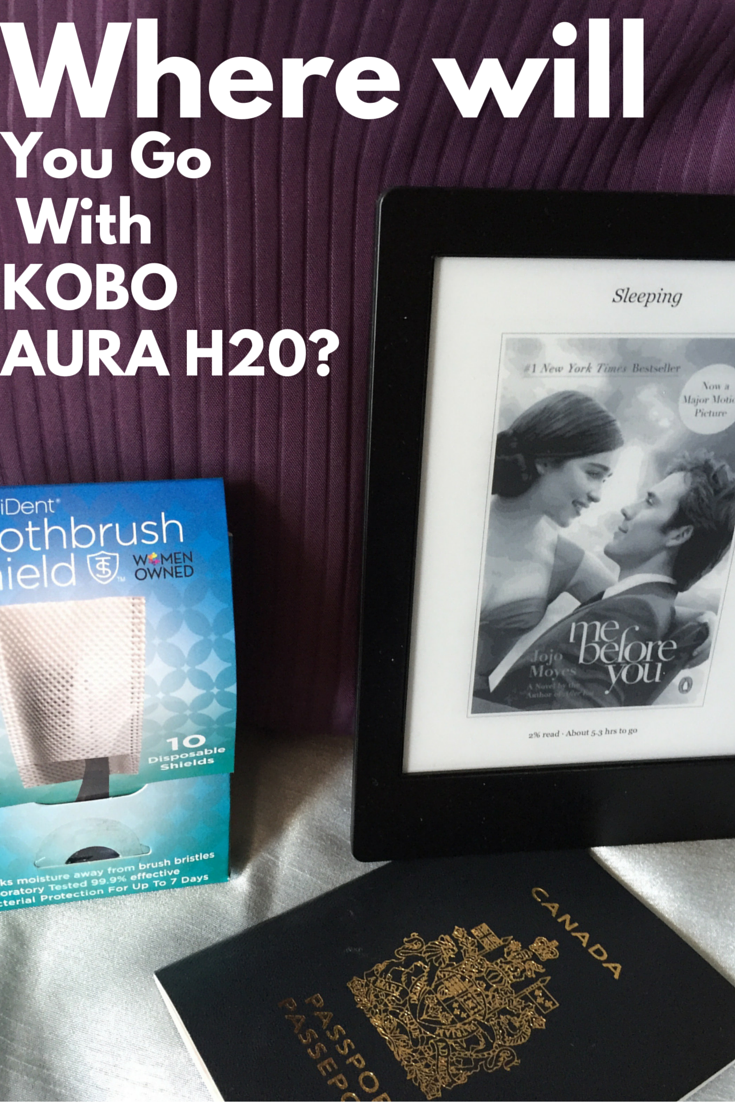 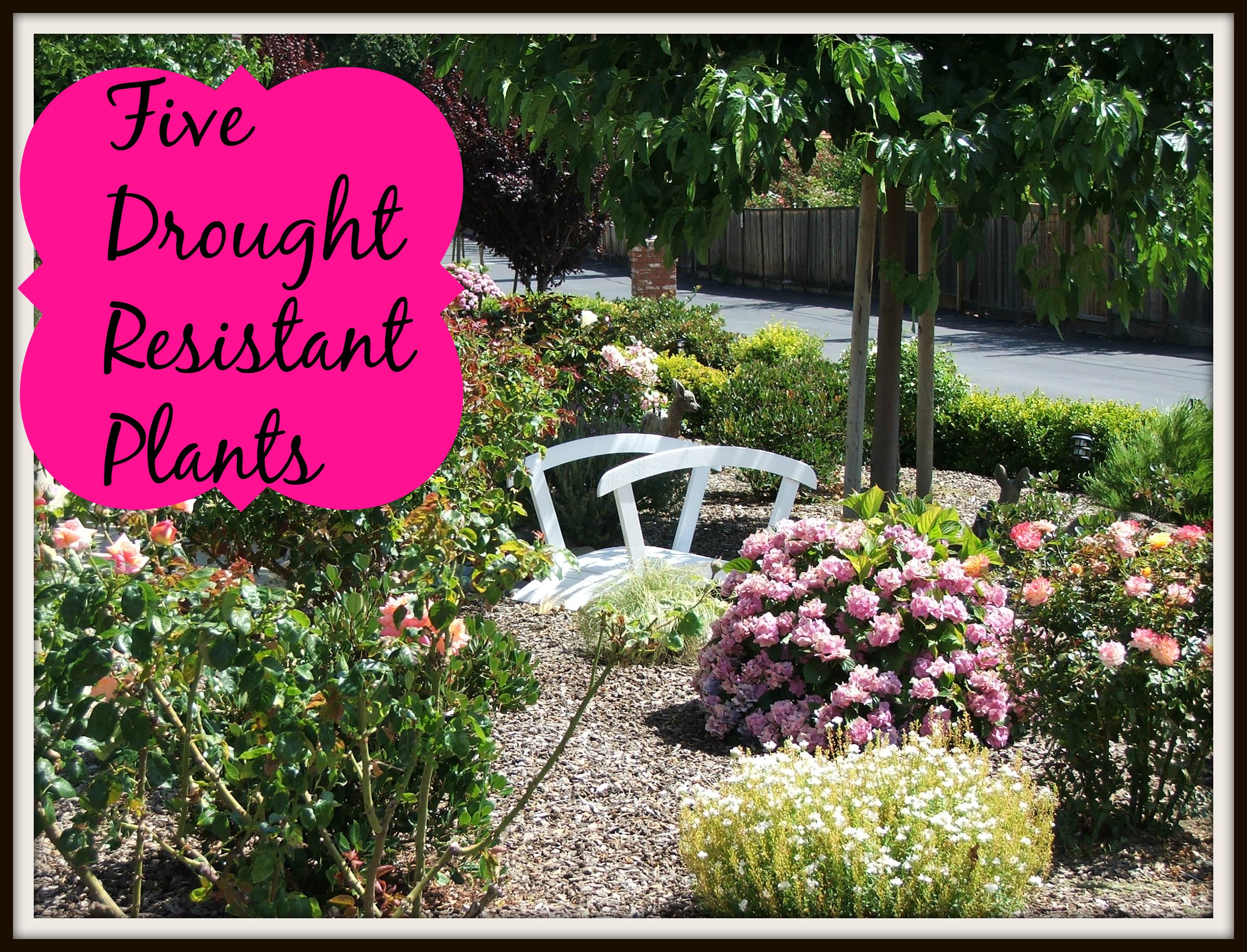 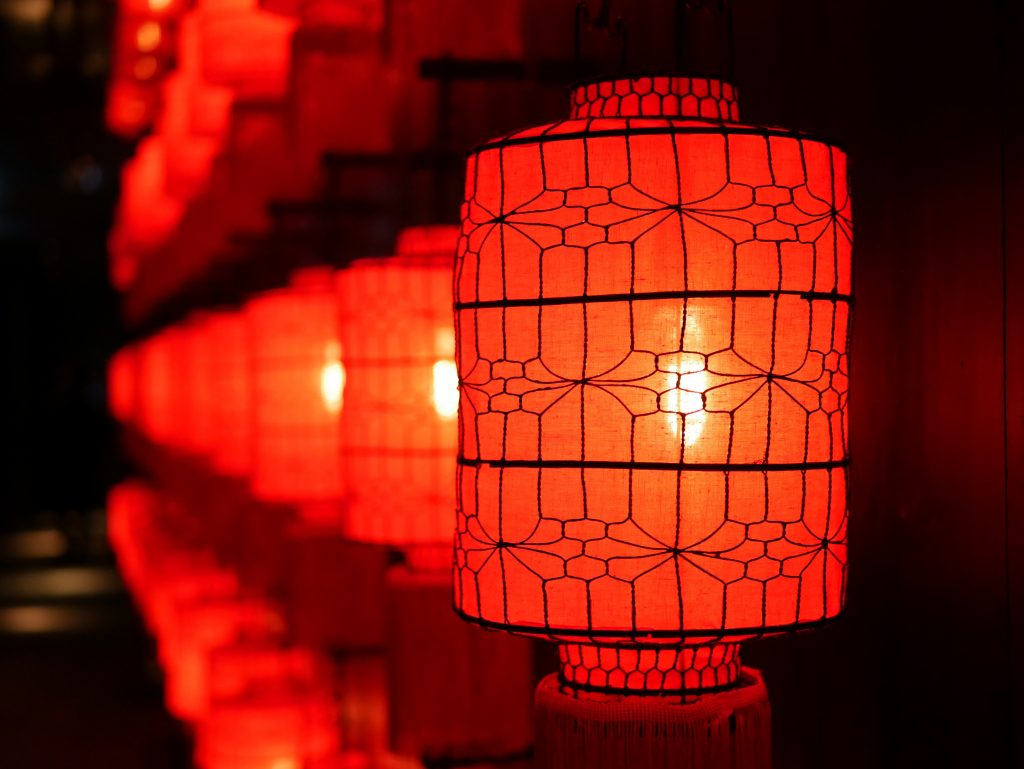 The Year of the Pig – 6 Things You Didn’t Know