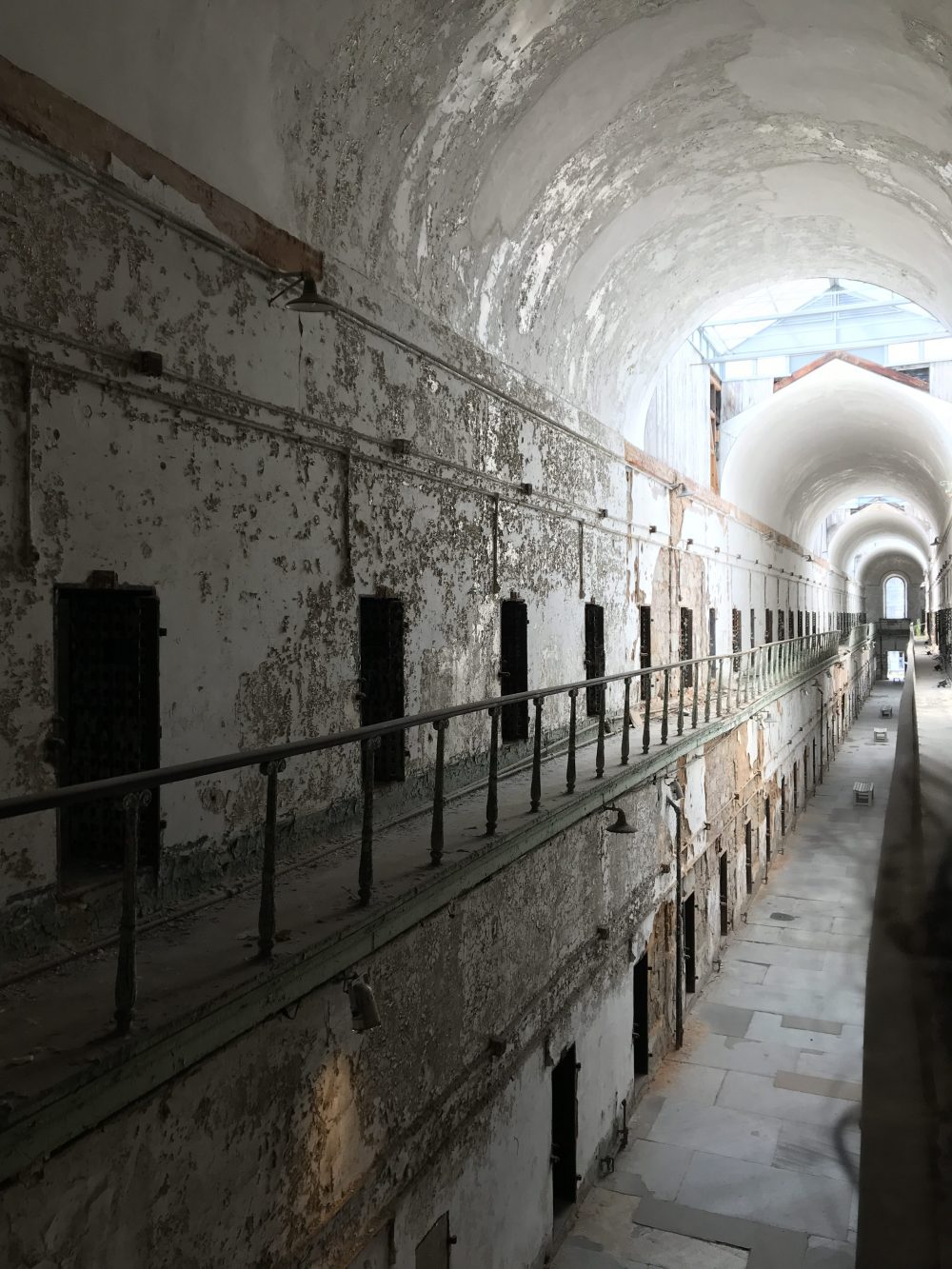 Our trip to Philadelphia was sponsored by Visit Philly and we were hosted while in Philadelphia. My opinion is truthful.

If only walls could talk. Well, actually at Eastern State Penitentiary, the world’s first and most historic penitentiary, they do. Numerous multi-media and art installations, coupled with a brilliant audio tour, make history come to life giving walls a voice inside this historical Philadelphia landmark.

During a recent mother daughter trip to Philadelphia we had an extra day to explore. When flights are cancelled last minute what do you do? Well, you explore more of the history in this rich city. And you jump at the chance to take the Eastern State Penitentiary tour. 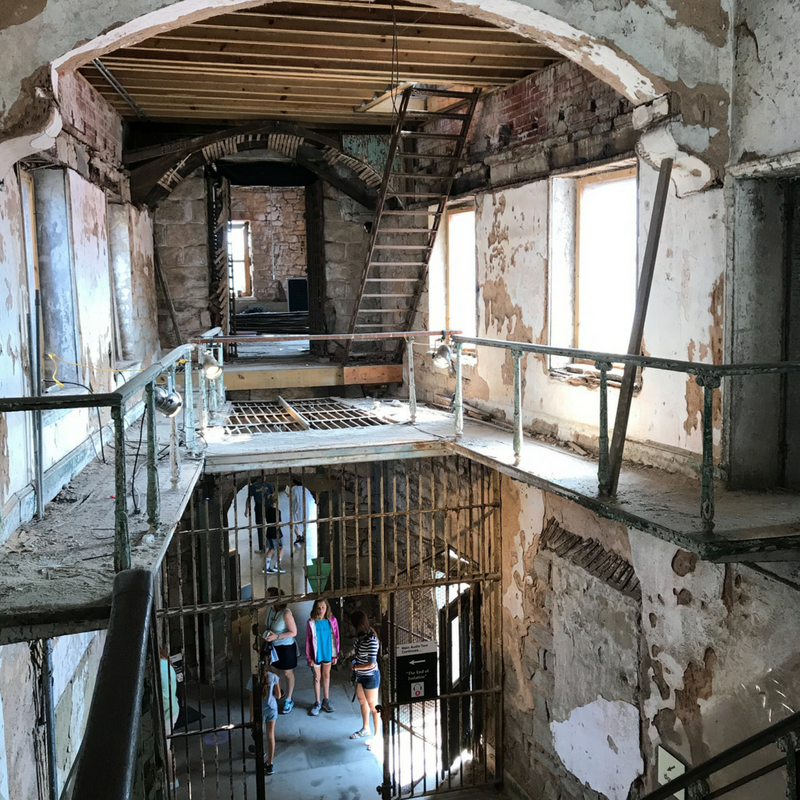 It’s possible to enjoy Philadelphia in 2-3 days, but you can’t begin to see everything in that time. Build in an extra day if you can. On our bonus day in Philadelphia we took a Hop on Hop Off Big Bus tour and set out to see all the things we missed. Time to squeeze in more museums and historical sites.

When our bus tour guide mentioned “Scarface” Al Capone was once a famous inmate at the Eastern State Penitentiary we jumped out of our seats. My daughter Ainsley was game for an adventure and the penitentiary sounded gothic and haunting. Just right for teenage travel companions. 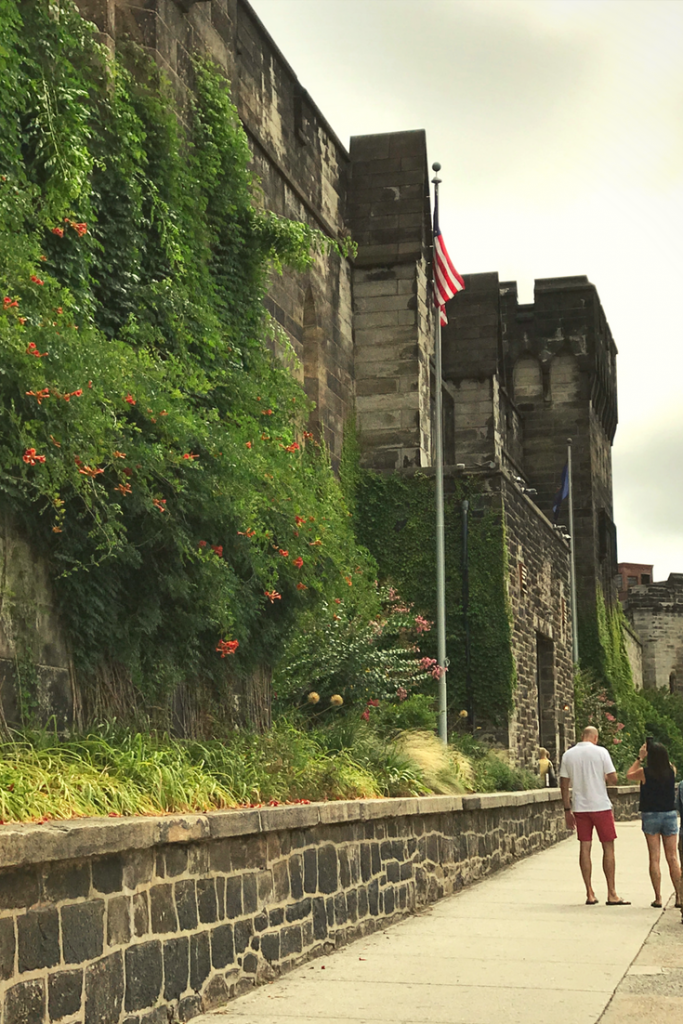 A Haunting and Memorable Tour

From the outside, the penitentiary is an imposing and awesome structure. High, cold, stone walls still intimidate from the outside in. An extremely narrow corridor spills out into a courtyard where the audio tour begins.

Narrated by actor, director Steve Buscemi, who became interested in the Eastern State Penitentiary when scouting locations to film in, the audio tour is dramatic and comprehensive. Buscemi leads you through time as the audio directs you around the property. Curators and historians spent hours interviewing former inmates and guards. The result is compelling and educational. 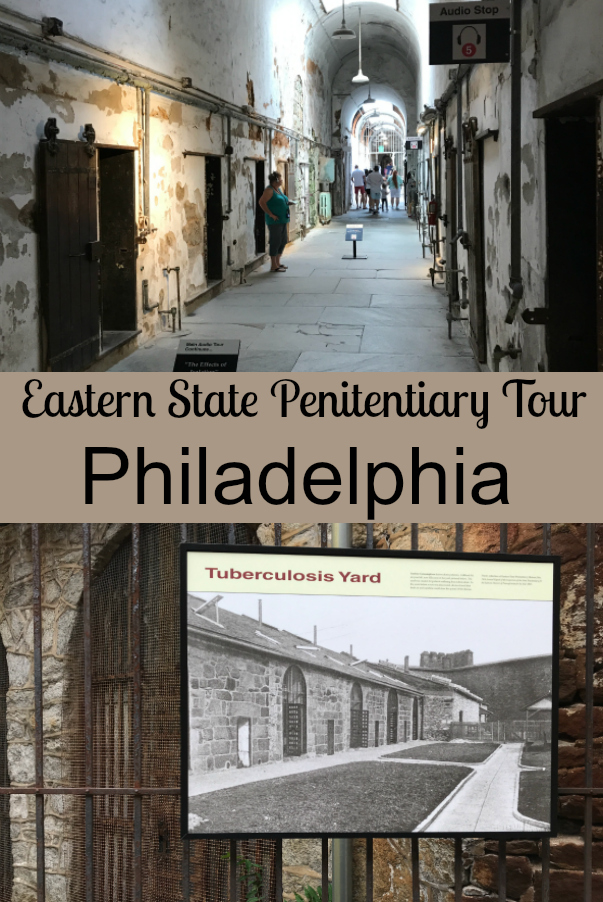 Built by famous Pennsylvania architect John Havilland, the penitentiary hatched out of an idea that reportedly occurred at Benjamin Franklin’s house in 1787. When the penitentiary opened in 1829 it was an architectural marvel and the most expensive public structure in the country at the time.

Purposefully imposing, the penitentiary existed to deter people from committing crimes. Gothic Revival architecture of the 1740s in England was associated with churches. Havilland borrowed heavily from that style and the Eastern State Penitentiary is Neo-Gothic. You can easily see church influence throughout the penitentiary.

From above, the prison layout looked like the spokes of a wheel with a guard tower at the centre. This tour, and this building, feel extremely authentic. Atmosphere is intense with purpose. Even the spots near the cells where the brick flakes off lend to the effect.

The tour ends near the baseball diamond and some solitary cells. Before you leave, take a moment to read historical accounts from prisoners.

While learning about the history of the prison, its role in the Philadelphia prison system, and the surrounding area, you can’t help but learn about its approach to incarceration too. This was the first true penitentiary and a model for many other prisons eventually. The goal was inspiring regret for crimes committed and rehabilitation rather than incarceration and revenge.

So much history here. So glad our flight was cancelled so we could see this! Eastern State Penitentiary has an incredible audio tour. #visitphilly❤️ ad💕🚌 did you know Al Capone stayed here? We could have spent hours more here. Amazing! #travelblogger #travels #traveling #travelers #motherdaughtertrips #history #ifwtwa #crime #penitentiary

When it was originally built prisoners were brought to the facility with hoods over their heads so they wouldn’t recognize anything or anyone. And in the beginning they were truly in an enforced state of solitude with no conversation allowed.

Small rectangular slots in cell walls were for food and materials. 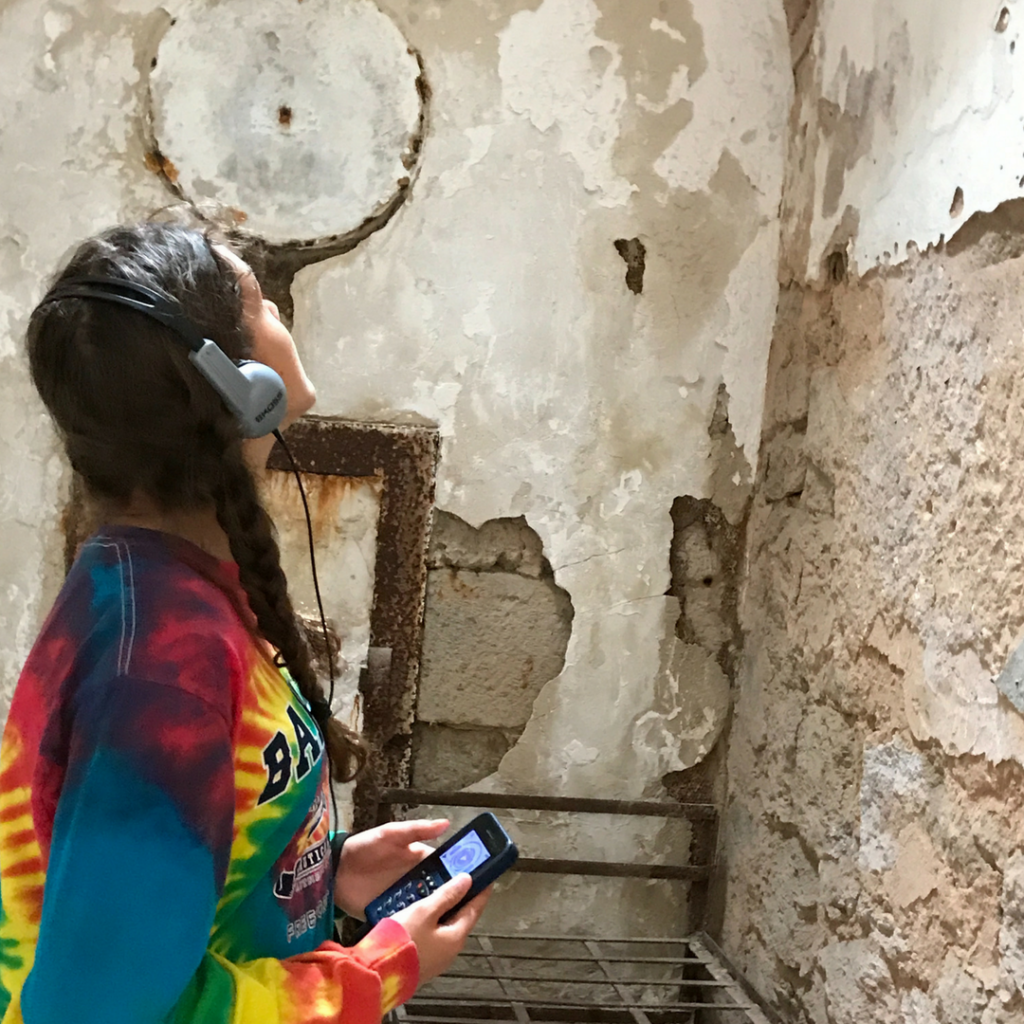 A Prison Tour You Won’t Forget

Even if you’ve been on a prison tour in the past, the Eastern State Penitentiary Tour is like nothing you’ve ever experienced. The history of this place is truly unique in its construction, approach to incarceration, and ideology. Such a powerful learning experience. History buffs will appreciate the authenticity and architecture of the facility.

Planning a trip to Philadelphia?

Here, just like every museum we visited in Philadelphia, the hands on parts of the attraction lend added dimension to the experience. Loved being able to walk the grounds and the cell blocks while hearing from prison guards and inmates via the audio.

By the 1930s the Eastern State Penitentiary was out of date with no air conditioning and outdated plumbing. It closed in 1971. At one point the prison was almost demolished, but preservationists stepped in to keep it. 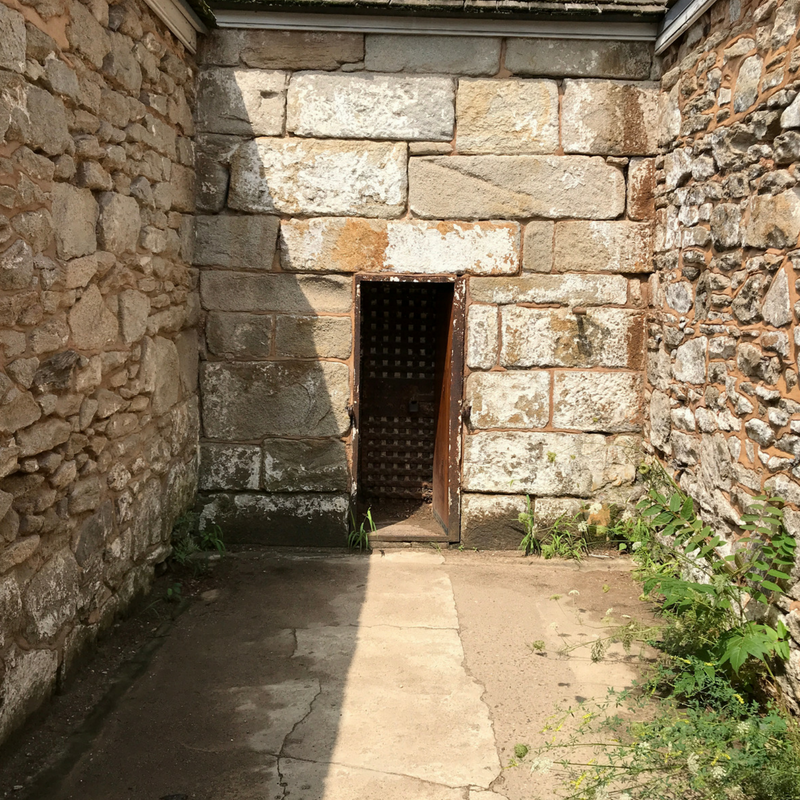 A Few More Facts About the American Justice System

The US prison system has undergone extreme changes over the decades.

Right now more than 2 million people are in jails in the United States.

One in three Americans will be arrested by the age of 23.

At least 70 million Americans have a criminal record.

What an original experience and a remarkable slice of history. Make note of their exciting Halloween tours.

If you go to Philadelphia, the Wyndham Historic District, is an affordable family friendly place to stay. 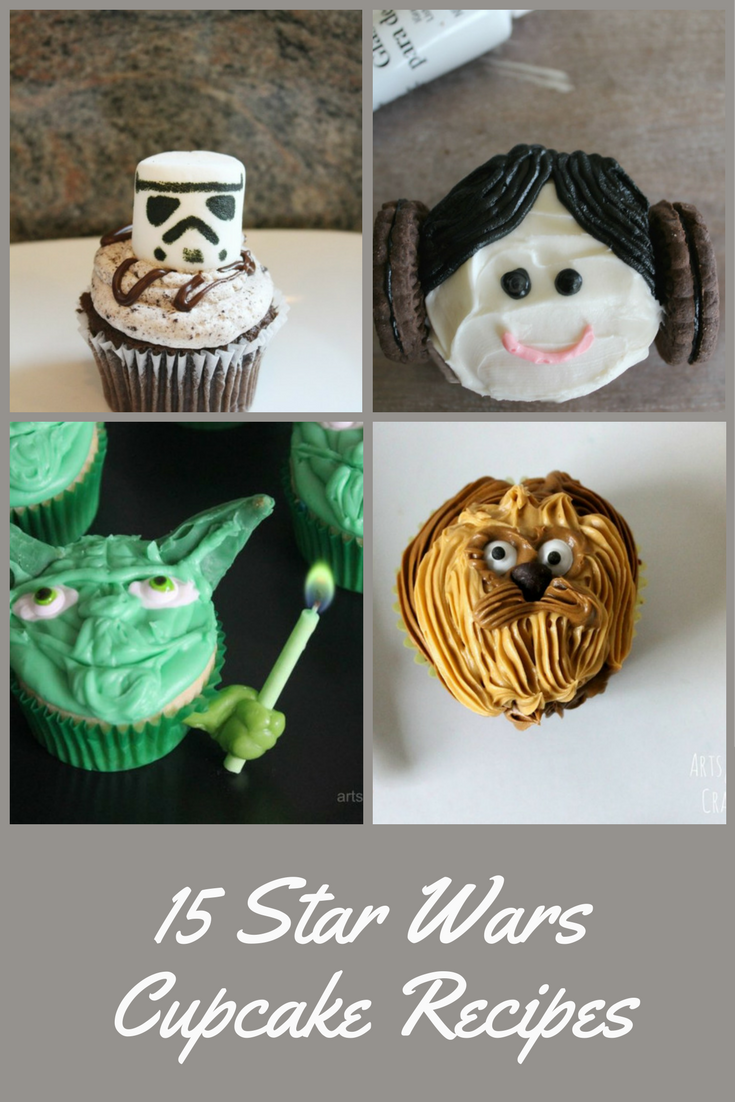 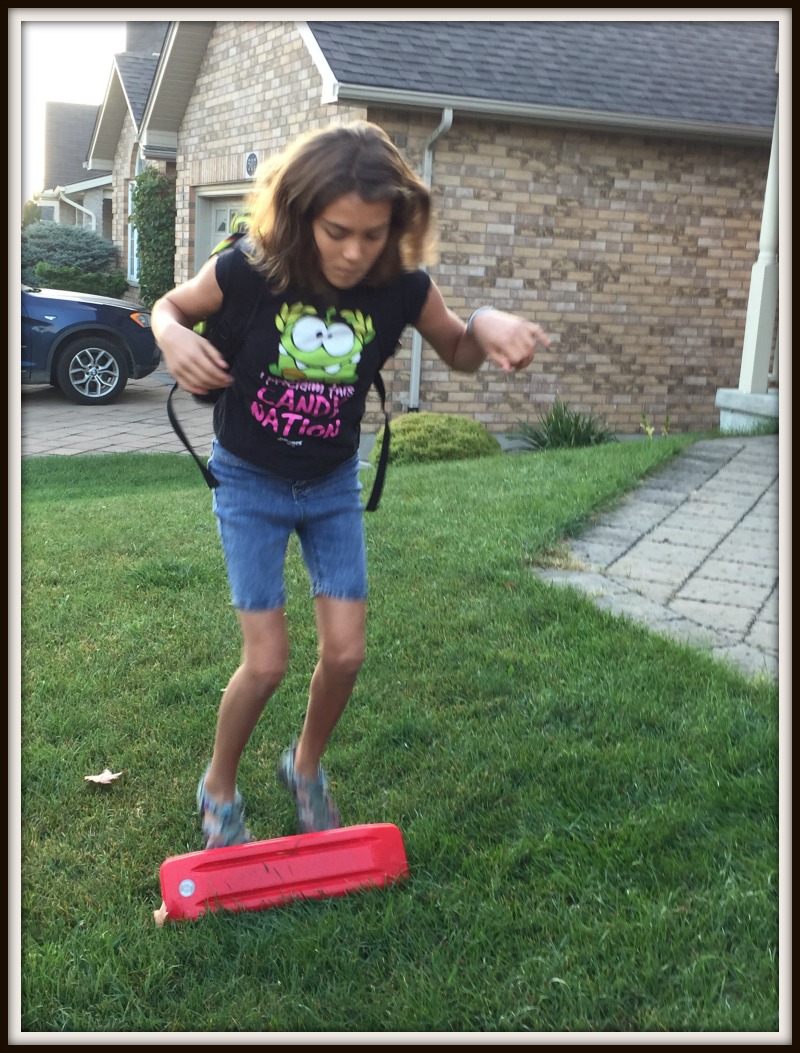 Kick Flipper For the Wannabe Skateboarder in Your Life #TMMGG2015 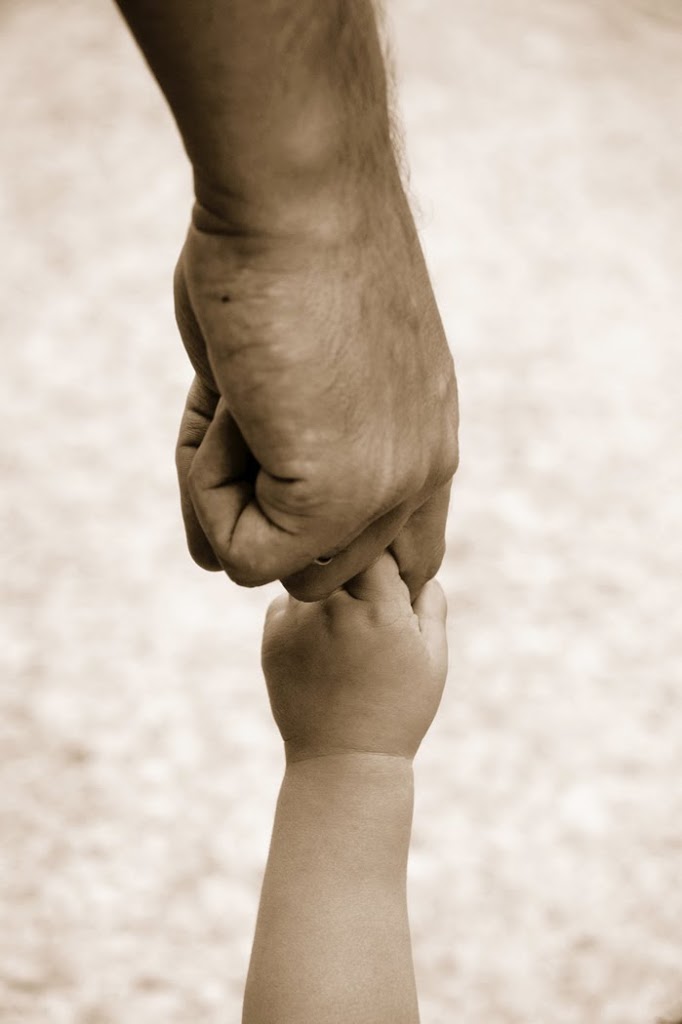