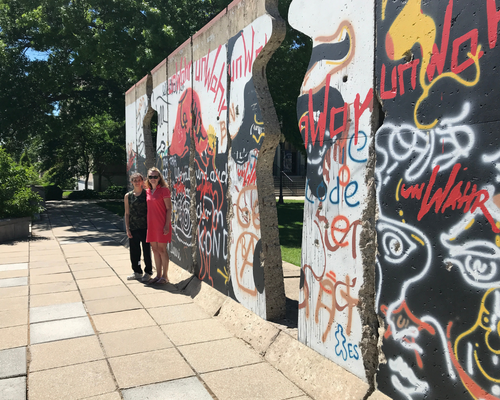 What do Margaret Thatcher, great lattes, Winston Churchill and the Berlin Wall all have in common? If you answered Fulton Missouri then you are clearly an exceptionally clever human.

What is So Special About Fulton?

Fulton Missouri is such a curious and compelling spot. This tiny town has roughly 13,000 people, unless the two local universities are in session then the population might swell a bit higher, but it’s definitely got the small town Americana vibe all year round. So how did this central Missouri town secure its place in history?

History and Where to Start

When you only have 24 hours to spend in a city, it can be hard to know where to start. So, here’s my take on what to do when you visit Fulton, Missouri, why it has secured a spot in history books, and why you should take the time to visit. And, of course, here’s what to do if you only have about a day to pop in and see all the things.

The good news. If you only have a day to do Fulton Missouri you can actually see most of what you need to see. It’s tiny and compact, so you can walk to many of these must see spots in Fulton.

Looking for an educational trip this year? Fulton Missouri is just the ticket. In fact, just this month Smithsonian magazine named Fulton one of the 15 Best Small Towns to Visit in 2019.

We drove to Fulton from Lake of the Ozarks after spending a couple of days exploring the outdoors, hiking, learning to golf and taking a helicopter ride. The drive took about 90 minutes from Old Kinderhook Resort. It’s about 90 minutes in the other direction to St. Louis.

The first four stops in Fulton are all within the same area of town. Start your visit at Westminster College. Poke around and be sure to check out the gymnasium, the setting of one of the most impactful political speeches of the century.

A dramatic part of Fulton’s story starts in 1946 when Winston Churchill was asked to deliver an address at Westminster College. The former PM had just lost the national election post World War II and with no other public stage to warn about communism he accepted an invitation from President Harry S. Truman, who was from Missouri.

Here, he gave his speech entitled Sinews of Peace. As you can imagine the day of the event people came from all over the country to witness Churchill’s speech. It was front page news and all the buzz in the midwest.

That speech was one of the college’s Green Lectures, a series to promote understanding of economic and social problems of international concern, and is more commonly referred to as the Iron Curtain speech. The Iron Curtain speech, while heavily criticized afterwards, is now thought to have been prophetic in that Winston Churchill predicted the Cold War decades before it happened.

This small, private, college has attracted multiple former US Presidents including George H.W. Bush, Ronald Regan and Harry Truman as well as Margaret Thatcher and Gorbachev. Each has given one of the college’s Green Lectures. I KNOW! Mind blowing.

America’s National Churchill Museum is a big drawing card to Fulton Missouri. The idea came about several years after Winston Churchill’s Iron Curtain Speech. The historical speech and Churchill’s visit to Fulton carved out the town’s place in US, and international history. Years after that iconic speech officials were looking for a means of commemorating and recognizing Churchill’s contributions, while celebrating America’s special relationship with England.

In 1961, President of Westminster College, Dr. Robert L.D.Davidson decided to bring over a badly damaged World War II Christopher Wren Church. The memorial to Churchill is inside the church. Look for Franta Belsky’s statue of Churchill outside near the southwest corner of this church.

So the Churchill Museum is inside the reconstructed World War II church. BUT, that’s only a portion of the story.

Originally in London, England, this church was largely destroyed in The Blitz during World War II. St. Mary the Virgin, Aldermanbury Church was an 800-year-old parish redesigned by Christopher Wren in 1670. Wren was reputed to be one of finest architects of his time. The Aldermanbury Church was transported to Fulton Missouri and rebuilt brick by brick in the 1960s after being partially destroyed during the bombing in 1940.

The task was a costly one and it was extremely tedious as well as time consuming reconstructing the building brick by brick. Nicknamed the Phoenix, this church was originally Catholic but now is non denominational. The external walls of the church are all original bricks from the 1600s. Portions of the base and the clock tower are new.

“Those who cannot learn from history are doomed to repeat it.” ~ Quote by George Santanaya.

You cannot help but think of that quote when you see the Berlin Wall Memorial. It’s never really been more relevant, has it?

The largest chunk of the Berlin Wall in the world is here in Fulton Missouri on the campus of Westminster College. So how did that happen? Well, let me explain.

This is a sculpture called Breakthrough done by Edwina Sandys, granddaughter of Winston Churchill. It is made out of huge pieces of the Berlin Wall brought to Fulton Missouri and sits on the campus here permanently. If you look closely you will spy German graffiti written all over the sections and the word unwahr.

Unwahr means false or untrue. People living on the other side of the wall were thought to be living false lives, so the graffiti is symbolic. The Berlin Wall Memorial wall sections have a female and male figure cut out at opposite ends of the sculpture, symbolizing a breakthrough.

This is a powerful and moving piece of art. Indeed there are other sections of the wall throughout the world so that we may never forget history. But, this section here in Fulton Missouri is the longest of all the sections outside of Germany. The sculpture consists of eight full sections of the Berlin Wall once dividing east from west in Germany.

Shop, Dine and Grab a Latte

The Fulton Missouri Brick District is quirky and cute. After you have done the educational parts of the city, take a stroll, browse though the shops on Court Street and buy a few things. There is a sweet used books store and about 100 quirky shops in the Brick District. Streets are lined with bricks in the historic downtown area, giving the district a little extra character.

Savour delicious cheesy pizza with a Brooklyn feel. The inside of the restaurant takes its inspiration from Brooklyn where the owners used to live. Sample the handcrafted pizza and calzones.

I had one of the best lattes of my entire life inside the Cafe at the Brick District Playhouse. It was Peanut Brittle Latte. Again, quirky and never would have thought that I’d associate a tiny town in central Missouri with the best latte I’ve ever had, but they nailed it. I’ll be dreaming of this specialty latte for a long timed.

Consider attending one of the Brick District’s well known festivals such as the Morels and Microbrews Festival.

OH, MY. Beks Restaurant is the whole package and certainly the tastiest restaurant we visited in Central Missouri. With handmade desserts fashioned on site, specials that are creative and fresh, sizzling steaks, great service, as well as knockout appetizers like the parmesan artichoke dip, Beks family owned restaurant holds its own with some of the finest gastropub restaurants I have ever eaten in throughout the United States.

The daily specials at Beks, in the Brick District, are refreshing and unique. We had a filet mignon wrapped with apple wood bacon that was melt in your mouth delicious. It was the kind of meal that is cooked to perfection and it also completely hypnotized me towards the end as I tried to deconstruct the flavours and textures in the sauce on my filet. Hints of strawberry with grape and I might have even spotted cranberry…mysterious and wicked. They frequently change the sauces up to vary the specials.

Where to Stay in Fulton Missouri

On our last night in Missouri we stayed at the Loganberry Inn Bed and Breakfast. This 1899 Victorian home boasts stained glass windows and marble fireplaces. Members of Scotland Yard and the former British Prime Minister Margaret Thatcher were once guests here.

The Loganberry Inn is genuinely adorable and innkeeper Trina was sweet. This Bed and Breakfast boasts five rooms and is only a five minute walk from the Winston Churchill Museum. If you are doing any sort of educational travel in the area, the Loganberry fits the theme.

With a sprawling backyard and a pretty gazebo, as well as a separate entry for a honeymoon suite, the Loganberry often hosts weddings. This quiet town and comfortable, charming inn is a memorable and intimate setting for exchanging vows in front of family and friends.

In fact, there are a few places in Missouri that would make excellent spots to throw a wedding. Lake of the Ozarks Bridal Cave would also be a romantic and off the beaten path kind of idea for a wedding celebration.

On your way out of town at the end of your visit to Fulton Missouri, stop at Auto World Museum on Peacock Drive. This entire collection belonged to Bill Backer, the now deceased founder of Backer’s potato chips in Missouri.

Use the QR Code reader on your phone to access the Youtube video clips of Mr. Backer explaining the history of each car. Check out the oddball stainless steel Delorean that is what the movie Back to the Future modelled its time travelling car off of.

To be honest, Fulton Missouri was a great surprise to us. It’s a great way to spend 24 hours in central Missouri. The food here is a real highlight and you won’t leave without learning something new.

Stay Where We Did When You Visit Fulton Missouri.

For more travel content and ideas on what to do when you get there visit my travel section above. Girl’s getaways and family travel ideas too.

The LoganBerry Inn B and B

Recently we visited Missouri on a media trip as guests. Flights, accommodations, food and attractions were covered. My opinion is all my own and it is also truthful. Post contains affiliate links as a service to readers. 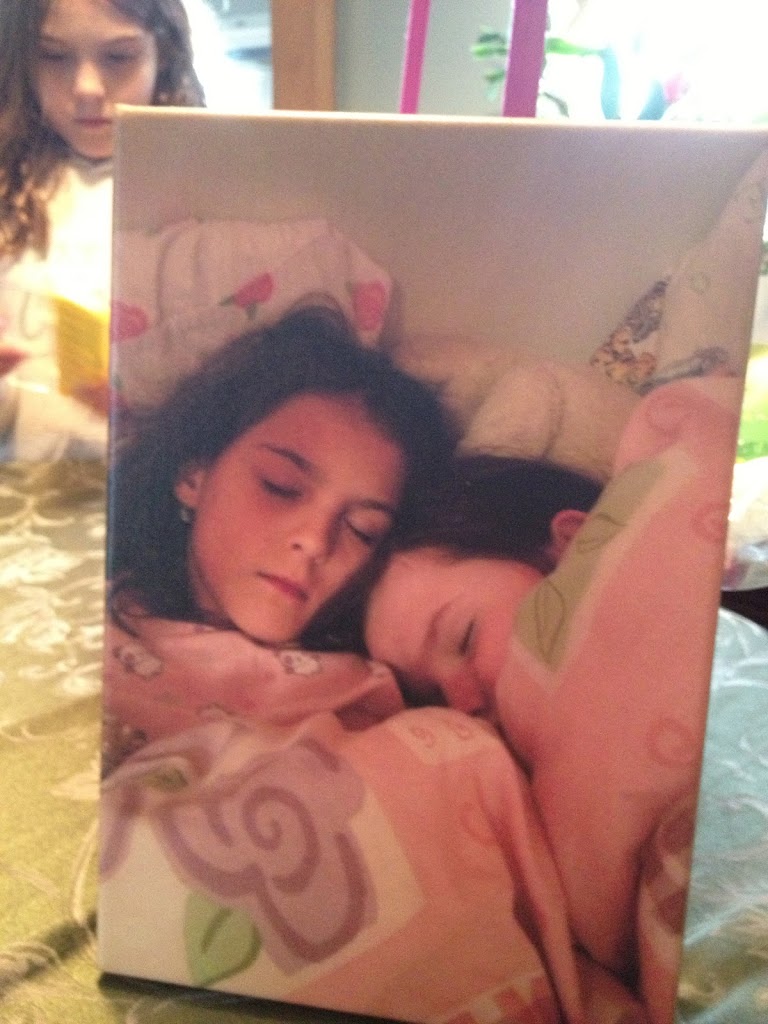 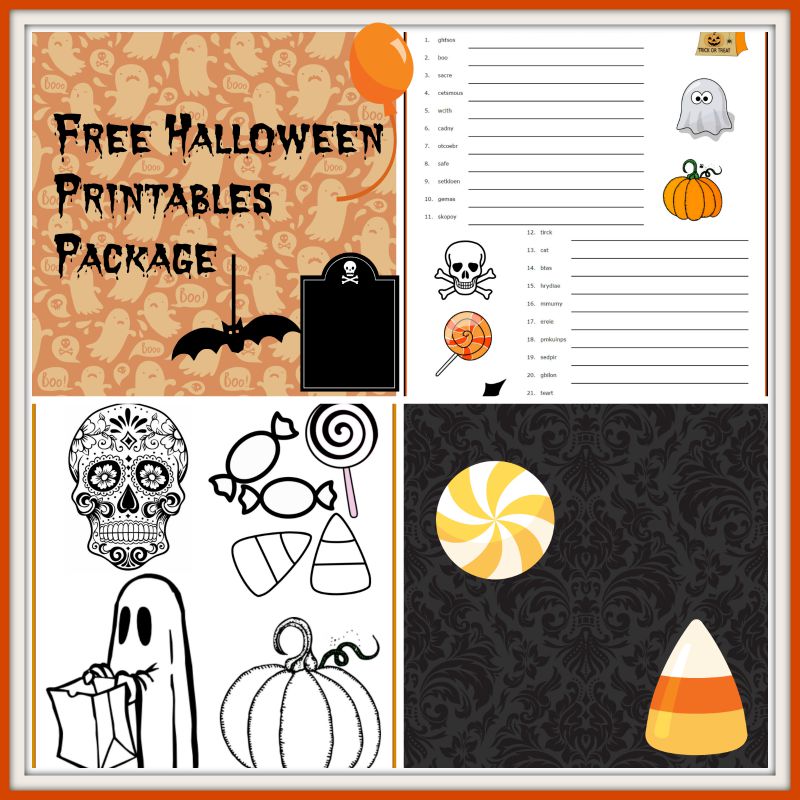