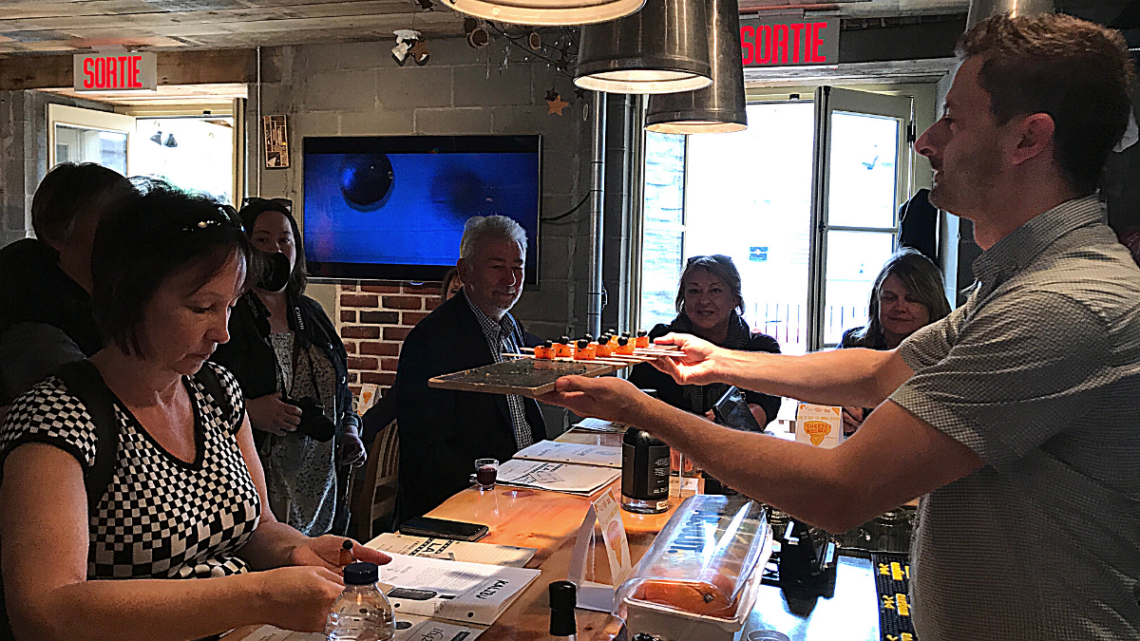 This post contains affiliate links as a service to my readers. If you make a purchase via one of the links I receive a small commission at no extra cost to you.

A Quebec food tour is a wonderful way to learn history and get an insider’s view into where to eat when visiting the city. The food in Quebec City is a curious blend of multiple influences from Europe and aboriginal peoples in Canada. That makes the food scene exciting, unique, and worth investigating, which is exactly what we did recently when visiting Quebec City for a womens’ travel writing conference.

From Toronto, Quebec City is a long drive but a decent, relatively affordable flight. After a quick 1 1/2 hour flight we landed at the Quebec City Airport and headed straight to Fairmont Le Chateau Frontenac. Read more on that next week if looking for a spot to stay in the city. The Frontenac was the perfect place to relax for a few nights before branching out to explore both old and new Quebec and then heading on to Quebec Maritime.

The day we arrived we had a walking tour of the city booked from 2 to 5 p.m. Over two days we did five walking tours, including a microbrewery tour, a farm and market tour, wellness tour and a Quebec City art and architecture walking tour too. We started with the Quebec Food Tour.

Walking Tours of Quebec City are offered straight from the lobby of the Frontenac. You can book on line or on site. We started our tour from the Fairmont and headed to Place Des Armes briefly then meandered through the old city. The nice part of this walking tour is the history given all along the way. When passing by notable spots in the old city and the new, the tour guide pointed out tips on where to eat and what to expect.

That makes this type of tour an excellent way to begin your trip to Quebec City. Having an insider’s view on the food scene in the city is useful to any tourist or visitor. Did you know the first cheese was made in Quebec in 1663? Today Quebec still does cheese extremely well. Stop for cheese curds somewhere during your trip.

Anyone with an interest in learning a bit more about the city will enjoy this introduction to Quebec food and the food scene in Quebec City. People who are new to Quebec City could also get a lot out of it. Our tour guide was friendly, informed and she kept us on time. There were no moments during the tour when I felt bored or disinterested. In fact quite the opposite.

Who is this Tour Not For?

Well, to be honest I wouldn’t take kids on this Quebec food tour because the samples are less likely to be appreciated by kids. And also there’s a fair bit of alcohol. So, if you are in recovery this is not the tour for you. We did have many people with us who were not drinking. Each one got a special mocktail or juice instead at each stop. I feel like that worked out okay for everyone.

Over the course of the day on the Quebec City Food Tour with Tours Voir Quebec we sampled poutine, which was a first for one of the individuals we were traveling with that day. We tasted wine and a scrumptious pate and maple candy.

The maple syrup stop at Délices Érable & Cie was eye opening on its own. Had no idea maple syrup could be used to make that many different foods and treats and mustards too. This maple shop belongs to a maple syrup cooperative so they share various maple syrup products from the region while supporting local businesses. Yum!!

The Restaurants of Quebec City

Our first restaurant stop featured a small smoked salmon appetizer topped with a blueberry. We also had Caribou, a French Canadian wine that’s peppery and a little like sherry. Caribou is often served warm in winter months and was historically caribou blood. (See photo above brand name Kalibu)

Buckwheat crepes at Billig creperie are a hit accompanied by many great wines and ciders too. At another stop, a sweet potato haddock dumpling with a hint of curry came with my first ever taste of iced cider. Iced cider was strong and not my favourite thing, but that sweet potato haddock appetizer was the star of the show to me. Wine menu is amazing here.

The Food in Context

While Quebec’s food is a blend that makes sense historically, it seems quirky if taken out of context. Because of the cold climate the variety of foods and meals were likely dense in calories and made with the ingredients found in the area. That diet would suit hunters. Which is why there are so many calorie rich and sometimes sweet foods in Quebec City.

From the French settlers, Quebec had wine and cheese and from the aboriginal people the three sisters: squash,  corn and beans. And the British settlers brought beer and gravy. Fish is integral to the diet and culture here, both because the city grew up around the St Lawrence River and because of Catholicism and the church. Historically fish was a staple from eel to haddock and sturgeon and bread is just one of those things present at every meal in Quebec.

From Tournebroche (highly in demand so make a reservation) where we sampled a scrumptious meat spread, honey and wine, not all at the same time, to La Buche there’s history, flavour and fun involved at each stop. Tournebroche was originally a rotisserie style restaurant, but now is farm to table. Honey is made on the roof of this restaurant too. Oh and 60 % of the menu is gluten free.

Why Do the Quebec City Food Tour?

Quebec Food Tour is a chance to savour amazing local foods, while getting exercise and a history lesson. Flavours are varied and give insight into what food is like here and where you should consider making reservations during your stay.

One of my favourite tours we did while visiting. Do this when you first arrive in the city.

How to Book The Quebec Food tour:

Learn more and book the food tour via this link below – >

The Quebec City Food Tour was well worth the time. Check it out when you go. 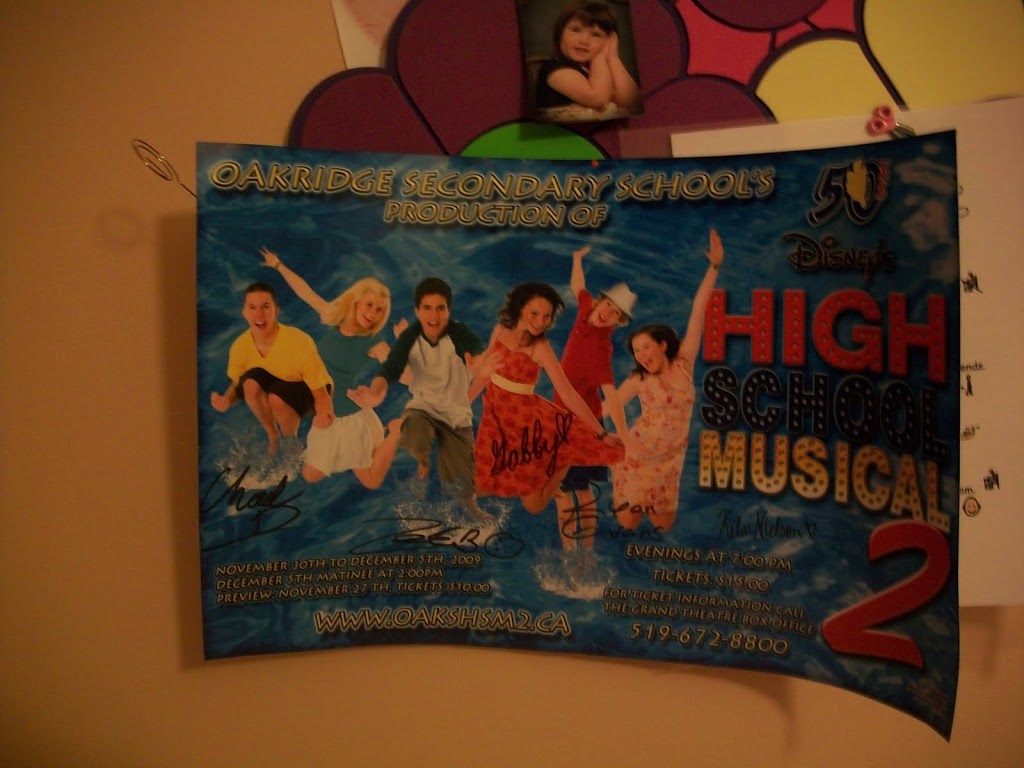 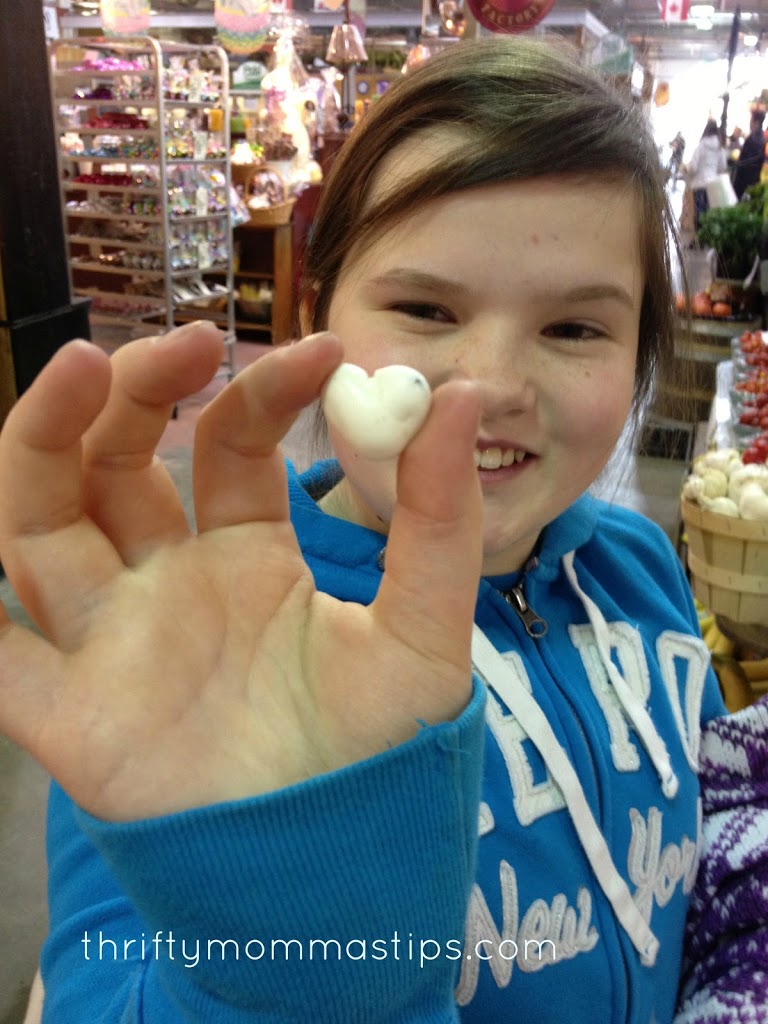 Our Wishes for Your Week #wordlesswednesday